Is there a more confounding lab test in rheumatology than the antinuclear antibody (ANA) test? It can lead us straight to a diagnosis or set us off on a wild goose-chase. Sometimes, ANA test results tell the truth and sometimes they lie, but they almost always give us additional information to consider.

The biggest problem with the ANA test is that it is too often used indiscriminately. Many healthy individuals have positive ANA tests; estimates range between 5-35%, although a 2011 review determined that approximately 13% of healthy people have a positive ANA.1 False-positive results can be due to infection, liver disease, malignancy, type 1 diabetes, pregnancy, and healthy aging (to name just a few causes).2 Some medications, including beta-blockers and minocycline, can cause a positive ANA as well.3

As a result, the first step in interpreting an ANA test result is to order it on the right patient—someone with a malar rash or thickness of the skin with shortness of breath, for instance—and not on everyone who walks in the door complaining of fatigue or joint pain.

Let me give you an example: H.C. was a 35-year-old generally healthy female sent by her primary care physician to our rheumatology clinic with complaints of severely dry eyes and stiff, aching hands. Physical exam revealed mild synovitis of several metacarpophalangeal and proximal interphalangeal joints. A Schirmer’s test was positive. The combination of these results alone would have been enough for a diagnosis of Sjögren’s syndrome, but an ANA was also ordered. Results showed that she had an ANA of >1:640 with positive SSA and SSB antibodies, confirming the Sjögren’s diagnosis.

Further workup showed that the patient’s anti-CCP was negative and her rheumatoid factor was just barely positive at 48 IU/mL. Her C-reactive protein (CRP) was normal, but her erythrocyte sedimentation rate (ESR) was elevated at 29 mm/hr. X-rays of her hands and feet were normal.

Based on these results, H.C. started treatment with hydroxychloroquine and prednisone, and after 6 weeks, she reported improvement in her symptoms. Her ESR stabilized. In many instances, this would have been the end of another success story—we made the diagnosis based upon physical exam and lab results, set a course for treatment, and the patient responded well.

But when the patient returned for a second follow‑up 6 months later, something wasn’t quite right. H.C. was a busy mom and trying to conceive a third child, so she downplayed her symptoms, but her hands and feet told the story—she had marked synovitis of almost all of her joints, including her wrists. Her ESR and CRP were still normal. X-rays of her hands and feet showed multiple early erosions. Clearly, this wasn’t just Sjögren’s. So why did her ANA test result say that it was?

In the end, it turned out that the ANA result wasn’t lying. H.C. did have Sjögren’s. But this is where clinical interpretation comes into play. Remember that borderline positive RF? H.C. had Sjögren’s secondary to RA, although it was the Sjögren’s that showed up first.

The progression of her RA into erosive disease called for a serious step-up in therapy. We started H.C. on methotrexate and rituximab, and 3 years later her symptoms remain under control, her MBDA score is 26 (indicating low disease activity) and recent X-rays show no further erosions.

This case illustrates how the ANA test is rarely a “one-stop shop” in rheumatology. While it can be a valuable part of patient evaluation, it almost always represents only a small piece of a much larger puzzle 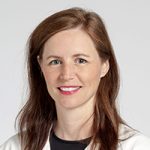 AUTHOR PROFILE: Elizabeth Kirchner, CNP, is a nurse practictioner at the Cleveland Clinic in Cleveland, Ohio, and the Education and Curriculum Chair of the Rheumatology Nurses Society.