Stephanie both loved and hated being an only child. She loved the attention from her parents and never being told “No” when she asked for things. But she also was very lonely at times. She wished she had a permanent friend that she could call to talk about issues in her life or to go away with on vacations. As she grew up, Stephanie vowed that one day she would get married and have a big family. She couldn’t wait to be a mother.

There was, however, one significant hurdle that Stephanie first needed to overcome—her health.

Shortly after her 26th birthday, Stephanie was diagnosed with psoriatic arthritis (PsA). That was bad enough. What was worse was the message she got from her initial rheumatologist, who told Stephanie that she would never be able to have children due to her disease as well as the medications she would need to take for the rest of her life (this included methotrexate, which as we know is contraindicated in pregnancy). Naturally, Stephanie was devastated by this news, and she slipped into a deep depression as her hopes and dreams were instantly shattered.

A few years after her diagnosis of PsA, Stephanie moved to Oklahoma City, where I was practicing at the time. Stephanie’s husband is in the Air Force, which means they are forced to relocate fairly frequently as he is transferred between bases. For Stephanie, this relocation brought on the stress of acclimating to a new city, but it did get her away from her previous rheumatologist who was the source of so much bad news.

At her first appointment at our practice, Stephanie came armed with a stack of paperwork, as well as a list of notes and questions she had for me. She appeared to be extremely nervous and scared, so I immediately recognized that I would need to take a different approach than usual to ease her mind. I told one of our nurses to inform my next patient that I was going to be running late—Stephanie clearly was a patient who was going to need some extra time.

“While I was shocked and even a bit angry that her previous practice had so easily squashed Stephanie’s dreams, I was extremely relieved that I was able to give her hope.”

The first thing I did was pull my chair close to Stephanie. We went through her history and reviewed her previous records together. I wanted to make sure she could see everything I had in front of me, and vice versa. We went through her medical, social, and family history, and walked through all of the medications she had been prescribed in the last decade. Healthwise, Stephanie was not doing great at the time we met. According to her paperwork and oral review of her history, in addition to PsA, Stephanie had been diagnosed with irritable bowel syndrome (IBS), fibromyalgia, and anxiety disorder. She was currently taking oral methotrexate 2.5 mg 5 days a week as well as intravenous infliximab 3 mg/kg every 6 weeks.

We kept going. Stephanie told me that her infliximab infusions seemed to be working well, and that her PsA remained reasonably well controlled with the biologic. I then asked her what she was taking for her IBS. “The infliximab,” she told me. This left me a bit puzzled. While indicated for the treatment of several different disease states, IBS is not among those conditions for which infliximab is typically used. When I asked about this, Stephanie said, “Did I say IBS? I meant IBD (inflammatory bowel disease), more specifically ulcerative colitis (UC).” I had a little bit of a chuckle. “OK, that makes a lot more sense,” I told Stephanie. “IBS and IBD are very different diseases.” Even this little innocuous episode seemed to lighten the mood a bit.

Once we finished going through her medication history, I felt comfortable making a few recommendations. Stephanie’s PsA and UC seemed well controlled with infliximab, so I wanted to continue with that. But because of her distaste for methotrexate and some of the associated side effects in patients with UC,1 I suggested switching her to azathioprine. Stephanie’s eyes grew big when I made this suggestion.

“So you’re saying that I can come off of methotrexate?” she asked me excitedly.

“What about babies?” she asked. “Does that mean I can try to have babies?”

Now I was puzzled again. The possibility of getting pregnant and having children hadn’t yet come up in our discussion, and I was unaware of the messaging Stephanie had received from her previous rheumatologist in California. And so, naively, I asked, “Why wouldn’t you be able to have babies?” This is when the next piece of the puzzle fell into place (thank goodness I had asked for that extra 20 minutes for this visit!). Stephanie explained to me everything that she had previously been told. I was a bit taken aback. While it is true that methotrexate is contraindicated during pregnancy and can induce spontaneous abortion, there are a variety of different options in women who want to get pregnant, even with complicated medical profiles such as Stephanie. Several studies have shown that infliximab can be continued during pregnancy, 2 though some patients will choose to stop its use in the second or third trimester, especially if their disease goes into remission.

Once I explained all of this to Stephanie, she naturally grew extremely excited. I emphasized to her that we would need to take this step by step, and first coordinate a plan with a local Ob/Gyn so that we were all on the same page regarding the risks and benefits of various medication regimens that would ultimately allow Stephanie to deliver a healthy baby. Switching her from methotrexate to azathioprine was the logical initial step, but we also had to ensure that both her PsA and UC remained in remission following this change.3 When the time is right, I told Stephanie, we could talk about potentially discontinuing azathioprine and going with infliximab alone.

By this point, Stephanie had tears in her eyes. She had given up hope that she would ever hear the words, “You may be able to have a baby.”

She was willing to do whatever it took to make that a reality. I made sure that she understood that we would need to focus on getting her health under control for a sustained period of time before it would be safe for her to start trying to get pregnant, but just the idea that she might be able to have a baby was a dream come true. While I was shocked and even a bit angry that her previous practice had so easily squashed Stephanie’s dreams, I was extremely relieved that I was able to give her hope.

Stephanie was back in our clinic 3 months later, this time accompanied by her husband. They were both excited to see me. Stephanie told me that she felt better after transitioning off of methotrexate, and that she had not had any adverse reactions to the switch to azathioprine. Her PsA and UC both looked to be under control, and she was working to lose weight through a healthier diet and exercise. I knew that Stephanie was in a rush to try to start getting pregnant, so we put together a plan that included both short- and long-term goals. At the end of this visit, Stephanie hugged me and whispered a “Thank you” in my ear. I took a moment by myself in the exam room once she left. I’ll admit it—I felt good, that I had helped fulfill my patient-centric mission as a healthcare provider. I reminded myself of the following quote that I think of often:

“In helping others, we shall help ourselves, for whatever good we give out completes the circle and comes back to us.”

3. Restellini S, Biedermann L, Hruz P, Mottet C, Moens A, Ferrante M, Schoepfer AM; on behalf of Swiss IBDnet, an official working group of the Swiss Society of Gastroenterology. Update on the management of inflammatory bowel disease during pregnancy and breastfeeding. Digestion. 2020;101 Suppl 1:27-42. 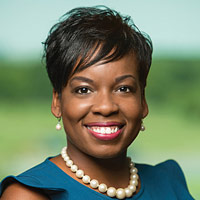 Author Bio: April Johnson, MSN, APRN, CNP, works as a nurse practitioner in Oklahoma City, OK, and is a member at large on the Rheumatology Nurses Society Board of Directors.

Participants will receive 2.25 hours of continuing nursing contact hours, including 1.25 nursing pharmacotherapeutic hours, by completing the education, completing an online evaluation, and receiving a post-test score of 70%: RNP V6 Issue 4: Battle of the Sexes: The Differences Between Men and Women with Psoriatic Arthritis