Treating patients with psoriatic arthritis (PsA) can be challenging when they fail to respond or lose their response to a specific therapy. Although we are fortunate to have a number of medications available to us with a variety of modes of action, some of our patients do cycle through many of these therapies, which subsequently limits their options and hinders our ability to reach designated treatment goals.

I have been caring for RP, a 29-year-old male with PsA, for the past 4 years. RP was initially diagnosed with psoriasis at age 7 that affected his face, scalp, arms, legs, nails, and genitals. Initially, he was treated with topical agents and light therapy without much benefit. He then progressed to methotrexate (MTX), also with an inadequate response. At age 18, he was switched to etanercept monotherapy, which provided some relief, but not enough to satisfy RP or his provider.

At about this time, RP also developed new-onset PsA and was switched to adalimumab monotherapy. While this helped with his arthritic symptoms, it did not impact his psoriasis, necessitating another change in treatment, this time to infliximab monotherapy. Infliximab worked on both domains for a short time, but again, improvement was short lived.

After cycling through these three anti-tumor necrosis factor (anti-TNF) agents, RP came to our office for the first time in 2014. He was beyond frustrated, depressed that he still continued to have to deal with so much everyday pain and the embarrassment of visible psoriasis all over his body. Dating and professionally networking with those hindrances proved extremely difficult.

During our review of his medication history, we noted that while RP had been treated with several anti-TNFs, treatment was never prescribed in combination with an immunomodulatory agent such as MTX. We discussed how adalimumab and infliximab in particular are known to cause immunogenicity, which can lead to a loss of response.1 Combining these therapies with an immunomodulatory agent such as MTX is a strategy that has been shown to suppress immunogenicity and achieve a more durable response in some settings.2,3

After reviewing our options, RP decided to restart adalimumab with the addition of weekly MTX. He had a rapid and dramatic improvement in both his levels of pain and his psoriasis. RP reported to us that it was the best he had felt in years. The benefits of this treatment regimen lasted about 18 months, which was both good and bad—good because this response was longer than any previous improvements on monotherapy, bad because the eventual loss of response necessitated another treatment modification.

“There is—at least not yet—no good way to determine which patients will respond to any particular therapy, so it remains a matter of trial and error.”

RP was again disheartened. Because of his lackluster history with anti-TNFs, we decided it was time for a change in course. It had been a few months since the U.S. Food and Drug Administration had approved secukinumab, an IL-17A inhibitor, for the treatment of PsA, and so we decided to give that a try. Initially, RP had a significant response to a 150 mg monthly dose, but many of his psoriatic lesions began to return after 4-5 months. We therefore increased the monthly dose to 300 mg. It’s been 8 months since we made this switch, and RP is once again stable, with minimal disease activity and an improved outlook.

Will this latest change lead to a longer-term solution? It’s too early to tell at this point, but we’ve tried to continue to motivate RP by cheering every small success. He’s been through a lot of ups and downs over the years (and mainly downs), so being his cheerleader is a key component of his routine visits.

Patients like RP who require frequent adjustments to treatment regimens are not unusual for any of us who work in a clinical setting. There is—at least not yet—no good way to determine which patients will respond to any particular therapy, so it remains a matter of trial and error. Sometimes there will be patients who are resistant to one biologic and yet respond to a second biologic in that same class. Sometimes our best approach is to switch patients from one drug to another with a different mode of action.

While there is no stepwise approach to use of any specific medication within published PsA treatment guidelines, there is some data that may help us. A 2013 study from the NOR-DMARD cohort showed that a significantly smaller percentage of patients respond to a second anti-TNF agent compared to an initial anti-TNF, indicating that it may be wiser to switch these initial non-responders to a biologic with a different mechanism of action.4 Of course, there are other factors that must be considered as well, such as comorbidities, immunogenicity, insurance mandates, and patient preference. The hope is that more research into predictive factors such as biomarkers will help us fine tune our approach to the treatment of PsA instead of the current practice, and lead to better, more durable outcomes for our patients in the future. 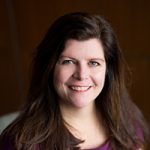