If you ask any psoriatic arthritis (PsA) patient about the path to their diagnosis, you’d better grab a cup of coffee and get comfortable. Chances are, it’s going to be a long story. The path from symptom onset to diagnosis rarely follows a linear trajectory. On the contrary, it is typically an extremely complex and unique journey.

There are several reasons for this. For starters, there isn’t a simple set of questions to ask or tests to run that add up to a possible diagnosis of PsA. Because so much remains unclear about the development of the disease, PsA is most often a default diagnosis when other possibilities have been ruled out. And unfortunately, more often than not, the diagnosis isn’t made until irreversible damage has already been done.

I’m going to tell you my particular story now. You might want to sit down.

My symptoms began in my high school years when I was diagnosed with a rare subtype of inflammatory asthma called cough-variant asthma that is characterized by a dry, nonproductive cough but is absent some of the more well-known signs of asthma such as wheezing and shortness of breath.1 While this is not a condition commonly associated with progression to PsA, my belief is that my symptoms were caused by inflammation of my lungs and airways (a definite sign of PsA) rather than asthma. Will I ever know for sure? Unlikely.

A few years later in my early 20s, I began to experience overwhelming fatigue, aches, and stiffness. I was referred to an endocrinologist, who chalked up my symptoms to depression. Yes, depression. His logic was that because I was a full-time student and also held a full-time job, that was obvious evidence that I was depressed. Of course, this hardly accounted for my constellation of symptoms, but because I was desperate for help, I took the antidepressants he prescribed.

Spoiler alert! They didn’t help. At all.

And so onward I continued, struggling through each day, doing my best to manage my pain and fatigue with many doses of ibuprofen and pot after pot of coffee. The next new symptom popped up in my late 20s, when I found myself fighting past round after round of anterior uveitis. While not necessarily a common presenting symptom of PsA, uveitis is found in approximately 7% of PsA patients and could have been another clue to a more rapid diagnosis.2 But again, no one was putting the puzzle together properly yet, and this new battle only added to my excessive pain and fatigue. As a middle-school teacher at the time, I couldn’t tell my students how much I hurt, so I simply had to power through things.

As I headed into my early 30s, still without a proper diagnosis, I had three children in a span of just over 3 years. As with many patients with a rheumatic disease, I saw my pain and stiffness magically disappear during pregnancy, leaving only the crushing fatigue that parents of young children everywhere struggle with.

“But again, no one was putting the puzzle together properly yet, and this new battle only added to my excessive pain and fatigue.”

The “good times” were unfortunately short lived. After the birth of my third child, the pain that had subsided was back, combining with fatigue to hit me like a brick wall. Again, though, I simply wrote off these issues as a consequence of being a mom to three infants along with heading back into the classroom to teach once again. Basically, I ignored the problem until I simply couldn’t anymore. I am sure it is a story that rheumatology providers hear over and over.

What finally sent me back to the doctor wasn’t the pain or the fatigue, but a totally unrelated (at least we thought) issue—ear pain. I went through four rounds of antibiotics before my primary care provider finally threw up her hands and referred me to an ear, nose, and throat (ENT) specialist with a diagnosis of “unknown cause of inflammation.”

After waiting a month for the initial appointment (again, a familiar refrain to rheumatology providers), I finally felt like I was on the cusp of an answer to everything that had plagued me since my teenaged years. My appointment started off with a hearing evaluation conducted by one of the practice nurses. After what seemed like an hour, the doctor finally sauntered in and, within 5 minutes, told me I had significant and likely permanent hearing loss in my right ear that was associated with Ménière’s disease, a disorder of the inner ear that causes severe vertigo, tinnitus, hearing loss, and a feeling of fullness or congestion in the ear.2 I was told that I should up my salt intake and come back in 3 months for a follow up. The doctor never even looked in my ears. But before I could even form a coherent question, he was out the door. I was utterly flabbergasted. I remember driving home in a fog of confusion, with so many unanswered questions.

Within a week, I lost all hearing in my left ear. To say I was scared and confused would be an understatement. After speaking with a physician friend of mine, I was fortunately able to schedule an appointment with a second ENT specialist.

Yes, I again waited a month to get on the schedule, with no improvement in my hearing. The hearing evaluation confirmed what I already knew—I had moderate to severe hearing loss in both ears. But unlike the first ENT, this one actually looked in my ears, fiddled with some intricate equipment, and concluded that I had inflammation in my ear canal that was causing my hearing loss. He told me that had I been treated with corticosteroids within the first two weeks of the onset of my auditory issues, the damage could have been reversed, but now, the hearing loss was likely to be permanent.

Obviously, this was crushing news, but at least it was an honest assessment. Due to the inflammation, this ENT told me I should see a rheumatologist in addition to coming back to him for continued care and management of my hearing loss.

And so now it was off to the rheumatologist. Not a 30-day wait this time, but 3 months. When I finally came in for my initial evaluation, I ran my newest doctor through a brief history of my symptoms. She sent me off for a lab evaluation and told me to come back in 3 months to review the results. More time to wait and stew.

I did my best to document my symptoms during this waiting period. I had pictures of various rashes, swollen fingers, and complaints of pain, fatigue, and joint stiffness. I brought everything I had written along with all of the images and documentation I had collected to my next appointment.

Nonetheless, my rheumatologist told me that there was “nothing significant” in my bloodwork and that she believed that I was just overstressed. As an afterthought, she added in, “Maybe fibromyalgia,” but told me I should come back in 6 months to discuss things further. This time, I wasn’t going to be shooed away so quickly. I showed her all that I had documented, the pictures of my severely swollen fingers and rashes, the hours of pain and suffering. But she barely glanced at any of it. I pushed further, asking to have these materials put into my file. She reluctantly agreed. Feeling disheartened, I left the office, making the suggested 6-month follow up appointment anyway.

As I was leaving the office, I realized that I had left my purse in the exam room. When I headed back to pick it up, can you guess what I saw? That’s right, all of the documentation I had brought with me—the images, the dates, the symptoms—thrown in the trash can.

(Insert emoji with smoke coming out of my ears here)

Not surprisingly, that was the last straw with this rheumatology practice, so it was back to my physician friend who once again rescued me with a referral to a second rheumatologist. I was at my wits end. My life seemed like a carousel as I spun from doctor to doctor, trying my best to manage my life as a mother and teacher while my disease raged on unchecked. I tried my best to believe that there was an answer to my problems somewhere, but it was becoming harder and harder to remain optimistic.

I had an instant connection with my second rheumatologist, who actually spent time with me going through my now-extensive medical history and asking lots of pointed questions. She took X-rays right in her office, and sat down and pointed to my joints that showed clear evidence of deterioration. She then ordered bloodwork, gave me a short course of prednisone, and had me come back 2 weeks later (not 3 months later) for follow-up. It was there that I was finally given a diagnosis of PsA and my life started falling back into shape.

It took 20 years from the onset of my symptoms to the diagnosis of PsA—20 years! In that time, the disease had wreaked havoc on my lungs, eyes, ears, joints, and skin, often causing damage that is unfortunately irreversible. I have significant hearing loss and chronic pain in my feet that hasn’t improved despite treatment, but I continue to hold out hope that in collaboration with my current rheumatology practice, we’ll figure something out that will make a positive difference in my life.

While my diagnostic journey took longer than many patients with PsA, based on exchanges I’ve had with other patients, a long and winding journey to the correct diagnosis is only too common. It’s so important for healthcare providers to truly listen to their patients—especially when they are new to the practice—and respect the preparation we have done in advance of our appointments. While you are the medical experts, we are the experts in our own bodies and our own struggles. We desperately want to work with you to find the right answers, but it needs to be a collaborative environment. See us as a partner and not an opponent. And, please, please, please, don’t throw our documentation in the trash! 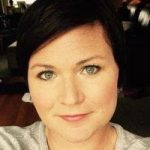 AUTHOR BIO: Leanne Donaldson writes about her experiences as a mom and parent with a chronic illness on her blog, Smiles and Sundays.

Participants will receive 2.75 hours of continuing nursing contact hours by completing the education in our course: Rheumatology Nurse Practice: The Challenges of Diagnosing Psoriatic Arthritis