A Recap from the INS 2021 Las Vegas Conference from RNS Board Member Teri Puhalsky.

I attended the MedScape Live event, “Do you know the Latest on Iron Infusion? Safety Updates and Management Tips for the Infusion Nurse.” Since I am an infusion registered nurse at Medstar Orthopaedic Institute, and iron infusions are a frequent part of my practice, I found this session to be deeply informative. This presentation has truly changed my current practice and would be an asset to all infusion nurses in the field. Beginning with the basic overview of iron, the discussion was initiated by Huzefa Bahrain, DO, FACP. Dr. Bahrain discussed in detail how iron is essential in the formation of red blood cells which carry oxygen to organs, tissues, and throughout the body. Transferrin is a protein that transports the iron to make sure it is not left unattended. Iron metabolism is tightly regulated by hepcidin to ensure an appropriate supply of iron within the body. When iron is not transported to the right places and left unattended, it is often the cause of iron deficiencies. While most refer to iron deficiencies and iron deficiency anemia as one and the same, it is not always the case. Iron deficiency may mean overall iron levels are low, but it doesn’t mean the patient is anemic. Iron deficient patients may often show fatigue independent of hemoglobin, which is why it is so important to check for iron deficiency and anemia rather than just checking iron levels only when the patient is anemic. Iron deficiency anemia is the term used when the low iron levels have impacted erythropoiesis resulting in a low number of blood cells. Dr. Bahrain went on to explain, different iron deficiencies and causes all come down to a case of supply and demand. In our patients with anemia of chronic disease, anemia is associated with increased cytokine productions, up-regulation of hepcidin and abnormal iron homeostasis.

Symptoms of iron deficiency include:

The reason intravenous iron fusions work is because the IV quickly increases the patient’s iron levels. Iron infusions are generally well-tolerated. Yet all IV iron infusions have the potential to cause minor infusion reactions. Some formulations tend to cause reactions in patients more frequently than others, which is caused by the level of Labile iron in the dosage. Best practice has shown to administer all IV iron slowly and observe for any infusion reaction. Iron gluconate and iron sucrose are formulations that cause the greatest hypersensitivity reactions. So iron gluconate and iron sucrose have to be administered in smaller doses multiple times rather than total dose infusions. Generally, patients who are at a higher risk of hypersensitivity reaction are those with a history of asthma, inflammatory arthritis, multiple drug allergies if they’re taking an ACE inhibitor/BB as well as previous serious, well-documented HSR to IV iron infusion.

Inez Nichols, DNP, FNP-BC, CRNI, VA-BC discussed how non-allergic reactions are typically mild and occur in less than 1% of patients, which include symptoms such as hives, itchiness, and palpitations. Additionally, Fishbane reactions, which are also rare, bring on symptoms of facial and chest flushing, chest pain, muscle aches, and sensation of fullness in the throat. The recommendation is to use a second generation H1 antihistamine like certirizine or an H2 blocker like famotidine to prevent infusion reactions. Administering additional iron to those with infection can make it more difficult to get the infection under control, so delay the IV iron to those with an active infection until it’s resolved. Finally Kaitey Morgan, RN, BSN, CRNI, presented several IV Iron Case Challenges for us to consider.

As stated in opening, this informative and detailed presentation has greatly benefitted my practice. This MedScape discussion would be highly beneficial to any infusion nurse, so take the time to implement these safety updates and management tips into your practice. 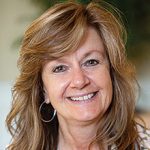 Teri Puhalsky currently resides in Maryland, where she works as an infusion RN at Medstar Orthopaedic Institute. She studied nursing at Excelsior College School of Nursing and has been practicing rheumatology since 2011. Teri received the Outstanding Clinical Performance Award as an LPN, obtained her CRNI in 2012, and is a member of Sigma Theta Tau International PhiPi Chapter. She strives for positive patient outcomes and firmly believes that collaboration with the healthcare team is critical for chronic disease management. With a patient-focused and evidence-based nursing practice, she knows all patients can receive quality, safe, and effective care.