I work in a university-based rheumatology practice that includes an inpatient team that sees patients on the rheumatology service or consults on patients admitted to other services within our system.Three years ago, our team was called in for a consult on SJ, a 72-year-old male patient who was newly diagnosed with lupus nephritis. SJ had initially been admitted to the hospital complaining of nausea, fatigue, shortness of breath, and bilateral lower extremity edema. He reported that he was generally in good health, with no known underlying medical conditions.

SJ’s symptoms came on quickly. He initially dismissed everything as a “flu bug,” but as his symptoms worsened and he became increasingly shorter of breath, SJ sought medical care and was admitted to our emergency department. 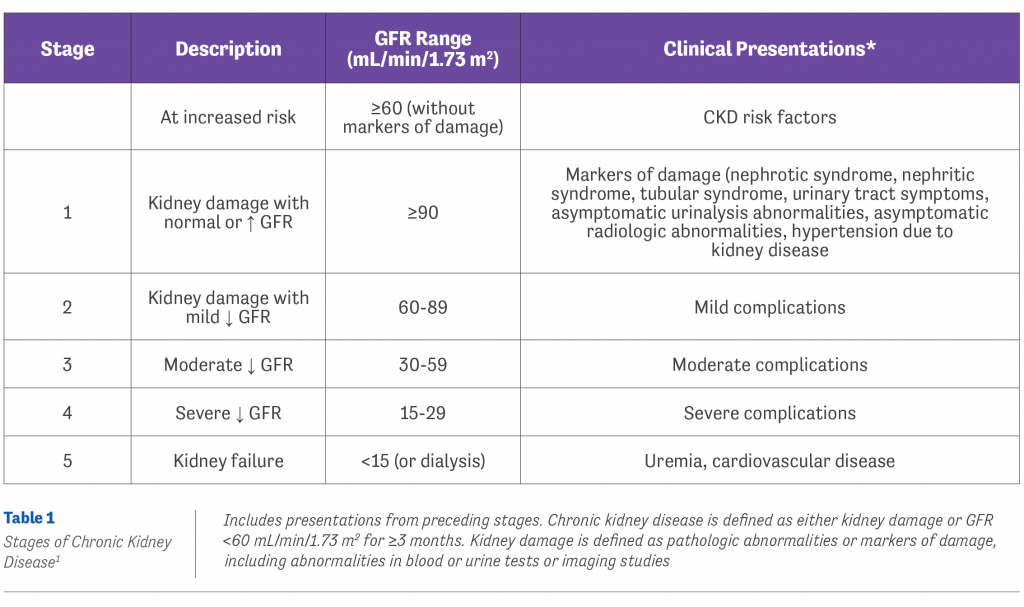 After an evaluation by our nephrology team, a kidney biopsy was scheduled, which revealed stage V kidney failure (Table 1).1 This came as a surprise as SJ had no history or prior symptoms suggestive of systemic lupus erythematosus (SLE). He was also older than most newly-diagnosed SLE patients. A rheumatology consult was placed.

“It remains important to take a comprehensive history, perform a thorough physical exam, and order appropriate laboratory testing regardless of patient age when SLE is suspected”

Immunologic testing revealed high levels of anti-nuclear antibody and anti-double stranded DNA. There were no apparent physical manifestations of SLE such as rash or mouth ulcers. Following this workup, treatment was initiated with high-dose IV glucocorticoids and IV cyclophosphamide in hopes of preventing chronic renal failure.

I first met SJ a few months after he was discharged from the hospital. At that time, he was still struggling with fluid retention, fatigue, and shortness of breath. His renal function was little improved, and there was talk of initiating hemodialysis, although SJ was reluctant to move forward with this more drastic measure as he had been healthy until a few months ago. SJ’s SLE was being managed with mycophenolate mofetil, hydroxychloroquine, and a tapered dose of glucocorticoids. There were still no physical manifestations of SLE. As a former dialysis nurse, I suggested to SJ that hemodialysis would likely make him feel better, and he agreed to give it a try.

Several months later, SJ returned to our office looking and feeling like a new man. He had begun dialysis and was breathing comfortably. The fluid in his legs was gone, and he claimed that he felt great. It has now been close to 2 years from my first meeting with SJ and he continues to do well, remaining on regular dialysis to help forestall the development of additional SLE symptoms.

I think of SJ every time we receive a referral for evaluation of possible SLE, which often comes as a result of a low-titer ANA. Just because a patient is in their 60s or 70s should not forestall the possibility of a new diagnosis of SLE. It remains important to take a comprehensive history, perform a thorough physical exam, and order appropriate laboratory testing regardless of patient age when SLE is suspected.

I have had several older patients who will come to me with printouts from the Internet, claiming that “it says right here that I’m too old to be diagnosed with SLE,” but I always remember SJ whenever I need to explain to them, “You never know—we’ve all been fooled at one time or another!”