Treating rheumatology patients can be tough. I can’t tell you how many times I have told patients that a lot of what we do to get their disease under control is “trial and error,” which is never what they want to hear. They want us to be mechanics, to get under the hood, figure out what is wrong, and provide a solution. Unfortunately, the body is not an automobile, and we can’t use our toolbox to root around inside to see exactly what is happening. So while I always portray confidence that we will find the right treatment to get our patients feeling better, I understand their frustration in being made to feel at times like guinea pigs.

Louise, a 77-year-old Black female, came to us after being treated for significant rheumatoid arthritis (RA) for more than three decades. Louise was unsatisfied with the care being provided by her rheumatologist and the treatment plan he had prescribed for her, so she came to our practice hoping for a different perspective. Her disease activity had been well controlled with weekly etanercept for many years, but at our initial meeting, she told me that she had stopped taking it about 3 months ago because it was no longer controlling her joint pain and swelling. I asked Louise about other previous medications, and she told me that she thought she had been on methotrexate (MTX) but had stopped taking it for a reason she couldn’t remember. Consequently, after taking appropriate labs, we started Louise on another trial of oral MTX.

At her initial 4-week follow-up, Louise reported some improvement in symptoms, but she was having some side effects to MTX and, with the damage to her hands, was hesitant in her abilities to draw the injectable version of MTX without help. That led us to try leflunomide 20 mg daily. Louise tolerated that drug just fine but decided after a few months that it wasn’t helping her symptoms, so she asked to be switched to something else. After reviewing some potential options with Louise, she said she thought she would do OK with an autoinjector, and since she had had previous success with etanercept, we switched her to another TNF inhibitor, adalimumab 40 mg every other week. Adalimumab worked for about a year before its effectiveness began to wane. That next led us to switch classes, going to injectable abatacept. Louise tried that for about 6 months without much improvement. Next, despite Louise’s reticence with infusions, she agreed to try tocilizumab since her symptoms were becoming worse and more significantly affecting her quality of life.

Louise called me a few days after her initial tocilizumab infusion. She was upset and frustrated that she wasn’t feeling any better, and actually told me her symptoms had gotten worse following the initial infusion. This is something I hear commonly from patients who don’t understand that many of the biologics we use in rheumatology take time to work. I patiently explained to Louise that her initial response was totally normal and even expected, but that she should start to feel better after a few more injections. She agreed to keep trying with tocilizumab, but I could sense her hesitance over the phone.

A few days later, I got a voicemail from Louise’s husband, Jack. He was clearly upset and asked that I call him back as soon as possible. I could tell this was going to be a challenging conversation, but I put on my big girl pants and saddled up. Jack was clearly unhappy with the course of his wife’s treatment under our care and told me that he didn’t understand why his wife wasn’t feeling better. At this point, Louise had been our patient for approximately 2 years and had been on five different medications.

Jack told me that he didn’t feel like our team was listening to his wife and considering her needs. He said that it seemed like we were just throwing whatever medications we wanted at her, even if they weren’t in her best interests. Jack proceeded to explain to me that his brother was one of the Tuskegee airmen who had participated in the government’s infamous and unethical syphilis trial, and he felt that now, we were treating his wife like she was a medical experiment against her consent. Furthermore, he said he had no trust in our team’s ability to care for his wife.

Admittedly, this all threw me for a loop. We’re all used to dealing with angry patients and even their spouses from time to time, but this was the first time I had been accused of running “an experiment” with a patient. I wanted to get a better perspective of Jack’s mindset, so I let him talk for a while and explain his viewpoint. I can honestly say that it was one of the most enlightening moments of my nursing career. While I’ve always known that building trust and rapport with patients and their families was essential, I never considered that some patients might feel like we are them as “an experiment.” The good news is that I had a lengthy, open, and honest conversation with Jack about the steps we had taken in the treatment of his wife and why we had made the recommendations that we had along the way. I think I was able to get across to him that our goal was the same as his—to get Louise’s disease under control so that she felt better.

It’s been close to 10 years since this conversation with Jack occurred, but I still remember it well, especially when I’m having a difficult time building a trusting relationship with a new patient. Louise was our patient for another 5 years before she passed away of a condition unrelated to her RA. I wouldn’t say we ever really developed a close patient-provider bond, but I did try to engage her more in discussions about her treatment, current adjustments we might be able to make, and ways to improve her life on a day-to-day basis.

I’ve been in practice long enough that it’s sometimes easy to go on autopilot when explaining how we typically will treat a common rheumatic disease such as RA and assume that the patient will simply go along with our suggested treatment plan. It’s those times when I catch myself before I go too far and remember that every one of our patients comes from a different background with a unique history and perception of healthcare. Some will require a more nuanced approach that test our listening skills and ability to adapt to their belief system. Patient communication is not a one-size-fits-all approach. It’s something we all need to consider when we’re dealing with a patient with whom we don’t seem to be connecting very well—what can we do to be a better provider for this patient today and in the future? 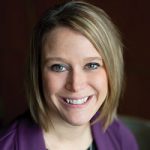 AUTHOR PROFILE: Carrie Beach BSN, RN-BC, is a rheumatology nurse with the Columbus Arthritis Center in Columbus, OH, and the President of the Rheumatology Nurses Society

Participants will receive 2.75 hours of continuing nursing contact hours by completing the education in our course: Rheumatology Nurse Practice: Healthcare Disparities in the Management of Psoriatic Arthritis