Depression is something we commonly see in many of our patients with rheumatic disease. With experience, the signs become obvious. Disengagement with family and friends, poor adherence to medication, missed appointments, spotty hygiene practices, and more. Given the physical manifestations of psoriasis as well as the pain, fatigue, and joint deformities associated with arthritis, patients with psoriatic arthritis (PsA) are among our most common who deal with depression. According to one recent study, approximately 20% of patients with PsA have comorbid depression.1

So then what do we do about this? How do we help our patients whose life is spiraling downward into the depth of depression? Let’s take a look at a current patient of mine to hopefully spark some ideas.

When we first met Ken, he was a 54-year-old male who arrived with complaints of joint pain and stiffness along with daily fatigue. While he denied any history of psoriasis or rash, his joint symptoms had gradually gotten worse over the past year. Prior to our appointment with us, Ken had consulted a rheumatologist outside of our practice who ordered labs to be drawn, revealing negative anti-nuclear antibodies and rheumatoid factor. No formal diagnosis was given at that time.

Upon initial exam in our office, Ken had significant synovitis of the 2nd and 3rd metacarpophalangeal joints (MCP) on his right hand. He also had dactylitis of the left great toe and complained of bilateral heel pain, previously diagnosed as plantar fasciitis. X-rays of his hands were normal, although an MRI of the right hand showed tendonitis (but no erosive disease).

Based upon all of this information, we diagnosed Ken with PsA and started him on oral methotrexate (MTX) 12.5 mg weekly.

Ken’s medical history included hypertension and cardiovascular disease that led to a cardiac bypass approximately 2 years prior. He was recently divorced and described feeling “very poor as far as mood” and added that he was experiencing “major fatigue.”

Until recently, Ken told us he had been very active. He was a certified scuba dive instructor and a world traveler. He worked full time as a produce manager of a local grocery store, a job that he had thoroughly enjoyed for more than three decades. While he was divorced, Ken said he was interested in dating again, but with the deteriorations in his overall quality of life that caused him to be less active, he was worried that he wouldn’t be seen as a good potential partner. He was unhappy that he was unable to do the things that he had previously enjoyed most in his life. Our hope was that by improving his PsA-related symptoms, it would lift his overall mood and perspective on life as well.

“For some patients, like Ken, the pain and fatigue associated with the condition most significantly affects his well-being, while for others, the public embarrassment of psoriasis is far worse.”

At his 2-month follow-up, Ken said there was some improvement in his joint pain and stiffness, but he pointed out a deformity in one of his fingernails that he was concerned about. We reassured him that nail changes were common in patients with PsA and upped his dose of MTX to 20 mg weekly, with plans to see him back in 1 month.

Unfortunately, in just that short amount of time, things went swiftly downhill. Ken’s joint pain and swelling had both worsened, and he now complained of persistent lower back pain as well. We decided to add infliximab to his daily MTX, and he responded well after only a few infusions.

A few months went by before Ken came back for a routine follow-up with his latest bit of bad news. His disease had again progressed, but now in addition to increasing levels of joint pain and swelling, there was a breakout of psoriasis on several areas of his arms, legs, and trunk. It was a bit confusing for us to see how swiftly things had gone downhill after the initial success Ken had seen with infliximab. But then he told us the probable reason—his work hours had been curtailed and he could no longer afford the infusions. Embarrassed, he didn’t say anything to us or the staff at the infusion center and simply stopped showing up. Our team talked to Ken about the importance of open communication with our practice and reassured him that there would be no judgment of his economic situation. We would do everything we could, we told Ken, to get him back on the right track.

Over the next 15 months, Ken cycled through all of the approved tumor necrosis factor inhibitors— from infliximab to etanercept to adalimumab to golimumab—without much success. This predated the arrival of some of our more novel biologic and small molecule drugs with different targets, so our options were more limited than they would be today. We were unfortunately never able to find another biologic that replicated the initial improvements Ken experienced with infliximab.

As his disease progressed, Ken decided to undergo dual shoulder replacement surgeries. Following the second surgery, Ken’s orthopedic surgeon suggested that he file for disability. Before agreeing to do so, Ken called our office to get our opinion. He told me that really did not want to quit working because he still enjoyed his job but was concerned that he wouldn’t be able to perform his regular duties if he became more significantly impaired physically. We agreed that he should keep working for as long as he felt physically able to do so, as much for his mental well-being as anything. Ken mentioned that there were times he was embarrassed at being in the public eye at work when he had a psoriatic flair that some people, he felt, probably attributed to a hygiene issue as opposed to a medical problem.

We finally began making positive progress again once Ken started on certolizumab. His disease became better controlled, and things were getting better on the personal front as well—Ken remarried and was able to share his passion for scuba diving and traveling with his new wife. He seemed much happier when I saw him for most of his follow-up visits during the next two years.

Then tragedy struck when Ken’s son died unexpectedly of a brain aneurysm. Not surprisingly, that tore Ken’s world apart. He missed several scheduled appointments, and his disease began to spiral out of control. Both his mental and physical health were deteriorating quickly.

Once Ken finally came back to our practice 6 months ago, we were able to get him back onto infliximab. His out-of-pocket costs for the drug are now much less than they had been when he was first prescribed infliximab. As before, infliximab worked quickly, and Ken’s joint pain and swelling have improved. In the meantime, Ken’s primary care provider convinced him to start on duloxetine, which has improved both his mood and pain levels. Things are certainly looking up for now, though as with many of our patients, I know how fragile the situation is.

PsA affects our patients in so many different ways. For some patients, like Ken, the pain and fatigue associated with the condition most significantly affects his well-being, while for others, the public embarrassment of psoriasis is far worse. I have had many patients who refuse to wear short-sleeved shirts or shorts when leaving the house for fear of being mocked or questioned. While psoriasis was certainly an issue for Ken, especially as he re-entered the dating world, it was just one piece affecting his health.

It’s always important to assess the mental health of our patients to understand how their disease is affecting them. While looking at a swollen joint, watching a patient walk, or seeing psoriatic plaques covering a patient’s body are all important parts of our physical assessment, we have to remember to always go beyond those visual observations and ask our patients how they are really handling their disease. With Ken, I know that when he starts a conversation smiling and telling me about his latest dive, that he is doing OK. There were some dark days, especially after the death of his son, when Ken didn’t flash his bright smile or talk about an upcoming trip with enthusiasm. As a rheumatology nurse, I feel blessed to have a connection with patients that enables me to recognize the importance of these differences right away. I have known some of my patients for more than 15 years, and I can usually tell within the first couple of minutes of a visit how that patient is really doing. This learned sense of mental acuity is a powerful tool as rheumatology nurses to help judge the mental health of those patients we know best. 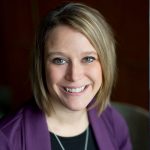 AUTHOR PROFILE: Carrie Beach, BSN, RN-BC, is a rheumatology nurse with the Columbus Arthritis Center in Columbus, OH, and the President-Elect of the Rheumatology Nurses Society

Participants will receive 2.75 hours of continuing nursing contact hours, including 2.0 pharmacotherapeutic contact hours, by completing the education in our course: Rheumatology Nurse Practice: Managing the Common Comorbidities of Psoriatic Arthritis