When a patient is newly diagnosed with rheumatoid arthritis (RA), there are specific treatment guidelines that are typically followed. This includes the initiation of one or more non-biologic disease modifying anti-rheumatic drugs (DMARDs), most commonly methotrexate.

In my practice, it is a near-certainty that a patient who presents with minimal or mild symptoms of RA will be started on hydroxychloroquine (HCQ), at least until their diagnosis is more definitive. Once a patient moves into the “probable” or “definite” RA category, they will usually be started on methotrexate, the gold standard first-line therapy. If a patient is unable to tolerate methotrexate, we’ll often move to another conventional DMARD such as leflunomide or azathioprine before breaking out the bigger guns (aka, biologic therapies). There are a number of reasons for this progression, not least of all insurance company requirements for many of our patients.

There are, however, times when it is in the best interest of our patients to deviate from this normal course and attack their disease in a different manner.

LF was one of those atypical patients who presented to our clinic early in my rheumatology career. At the time of her presentation, LF was a 35-year-old female referred to our clinic with a 7-month history of joint pain and swelling that was being treated only with over-the-counter ibuprofen. The pain had begun across the metatarsophalangeal joints in her feet before migrating to her bilateral metacarpophalangeal joints, wrists, and shoulders. She reported at least 2 hours of daily morning stiffness.

Based on her presentation and workup, LF’s diagnosis of RA was fairly obvious at this initial visit. While our typical pattern would have been to start LF on a conventional DMARD—likely methotrexate—there was one other significant piece of the puzzle to take into account. LF told us that she had been trying to conceive for several months without success. She had no children, and starting a family was very important both to her and her husband.

“There are, however, times when it is in the best interest of our patients to deviate from this normal course and attack their disease in a different manner.”

We therefore immediately ruled out methotrexate and leflunomide as first-line treatment options. We considered HCQ, but since LF already had significant joint pain, swelling, and potential joint damage, we decided an initial course of a biologic therapy would be the best way to go. This was around 2005, so there were only 3 biologic therapies to choose from—infliximab, adalimumab, and etanercept—and limited data regarding their use during pregnancy.

After significant discussion with LF and her husband, we decided to start her on etanercept monotherapy 50 mg weekly until she became pregnant. We also gave her a short-term prescription for prednisone 5 mg daily to get her symptoms under control. A month later, LF was back in our office with significant improvement in pain and swelling. Seeing no reason to make any changes to her treatment plan, we set LF’s next follow-up appointment for 2 months later. As if it were so easy!

A week later, LF called us with great news—she was expecting. We quickly scrambled to adjust her treatment regimen, tapering her off of prednisone and discontinuing etanercept altogether. Because biologics were so new at this time, we felt better taking her off etanercept; were this a patient in our practice today, we would likely have more seriously considered keeping her on etanercept to manage her RA symptoms during her pregnancy.

Fortunately, LF was one of the lucky ones, and her RA went into remission while she was pregnant. Even better, she delivered a healthy baby girl.

LF’s first postpartum visit to our practice came 2 months after delivery while she was still breastfeeding. Her RA symptoms had unfortunately returned, and she required 20 mg of daily prednisone just to remain functional. Again, being that these were the early days of biologics, we had little experience with the use of etanercept during breastfeeding. We remained cautious and had LF remain on prednisone alone until she was done breastfeeding.

LF struggled with her RA during the next few months, but when she was finally done with breastfeeding, we started her back on etanercept. LF told us she and her husband had decided against having additional children, and she was back on an oral contraceptive. That allowed us to add methotrexate to her biologic. LF again saw rapid improvement on etanercept and was able to taper off of prednisone within a month.
After approximately 2 months on methotrexate, LF developed side effects that caused her to discontinue the medication. At that time, we decided to switch her to leflunomide 20 mg daily in addition to the etanercept. Surprisingly, LF has remained stable on that regimen for more than 10 years, quite rare in patients with RA but certainly not unwelcome.

LF’s case may sound relatively straightforward to us now with our 2 decades of experience with biologics in nearly every setting, but at the time we first saw her, she was truly one of our practice’s first guinea pigs with biologic monotherapy. It’s still often necessary to make tweaks to our usual plan in our younger patients with RA who seek to start a family. While there are frequently insurance company hurdles to the frontline initiation of biologic therapy, it is important as nurses that we continue to advocate for these patients to get the care that they need to prevent disease progression and additional joint damage in the long run. 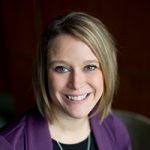 AUTHOR PROFILE:
Carrie Beach BSN, RN-BC, is a rheumatology nurse with the Columbus Arthritis Center in Columbus, OH, and the current Historian for the Rheumatology Nurses Society.