Several years ago, I was involved in an early trial of adalimumab in pediatric patients with juvenile inflammatory arthritis (JIA). One precocious 12-year-old girl enrolled in the trial, who I will call Lucy, was the only child of parents in their late 50s. The endomorph gene was obvious in this family. Consequently, it was difficult to obtain an accurate joint count in Lucy, largely because of her little fingers and joints that were well protected by fat stores.

Over the years, Lucy had learned to “work her disease,” becoming adept in using her disease for secondary gains and parental attention. Just my looking at her often elicited a whimper, sending mom and dad running to her side before I even touched Lucy.

Six weeks into the trial, it was evident that Lucy was not receiving the study medication. During the weeks before the trial was unblinded and patients were allowed to switch over to adalimumab, I came to know Lucy and her parents quite well.

Lucy had used her disease as a free pass to get out of many classes at school, especially physical education (PE). That is where she told me she felt the most inadequate. Her classmates would often bully her because of her size and inability to perform even the seemingly smallest of physical activities. While she longed to jump on the trampoline in the gym, she was unable to climb up onto the mat.

The worst part of Lucy’s day came when she had to change into her gym clothes. As Lucy began to talk to me, I noticed for the first time that she always wore clothing that covered her neck and her underarms. When she got changed for PE, however, her uniform did not cover up her neck region. Showing her neck to me, she spoke in a soft, timid tone with tears in her eyes. 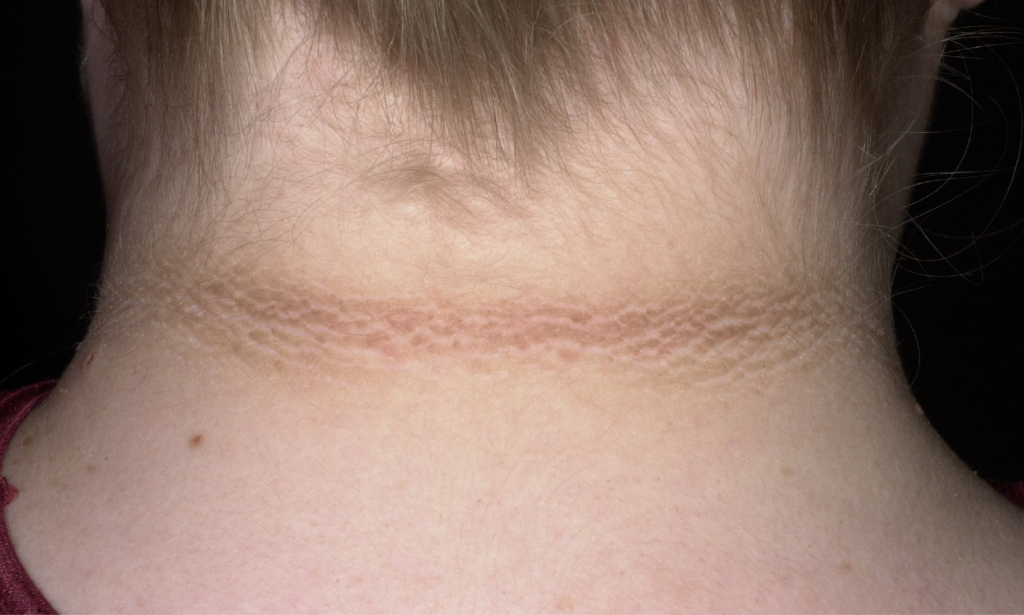 “My neck always looks dirty. The kids say I am nasty and I don’t bathe. They don’t want to be around a pig pen. Then they start making pig noises at me.”

I could tell Lucy was deeply hurt, and many of her avoidance strategies were used as defense mechanisms to protect her feelings. Upon examination, we discovered that Lucy had a condition called acanthosis nigricans (see image) that causes a brownish, poorly-defined hyperpigmentation of the skin and body folds. Lucy’s condition was manifest on the posterior lateral folds of her neck, armpits, and around her navel.

To make matters worse, Lucy’s parents told me about their daily routine after picking up Lucy from school. It involved going to McDonald’s and getting her favorite treat—a large chocolate shake and a large order of fries—as a snack.

And so, while we waited for the open label portion of the trial to open, I started working on incorporating some changes into Lucy’s lifestyle that would make a difference regardless of her drug regimen.

I started by researching acanthosis nigricans to see if there were some way to lessen its effects. I settled on a complementary alternative treatment that involved three parts baking soda mixed with one part water to form a thick paste. I advised Lucy to gently scrub the paste over the areas of her neck that were discolored and let it dry for 15 minutes before washing it off. This became part of her daily bedtime routine. After a few weeks, what was once a dark brown patch across Lucy’s neck was now reduced to a pencil thin line. At her next visit, she bounced in the office singing, “I am not a pig pen.”

The next step was to get Lucy to engage in some physical activity. Greedily, I wanted an activity that both Lucy and her parents could enjoy together, but they threw up barriers at everything I suggested. We finally settled on Lucy trying out a mini-trampoline that one of our fellows donated. Lucy’s father built a walker-like contraption for support so that Lucy could bounce to her heart’s desire. Lucy loved it, bouncing for hours while watching TV.

The next obstacle was the daily McDonald’s run. I was unable to convince the family to cut their visit out entirely, but they agreed to limit it to only once a week. It was at least a start.

After 6 weeks of these changes in her routine, we finally reached the open label phase of the trial, and Lucy was put onto adalimumab. Within a few weeks’ time, she became a different person. She began losing weight, engaging in more physical activities, and developing friendships at school. Seeing these positive changes encouraged Lucy’s parents to try even harder. They all agreed to cut out the McDonald’s run entirely, and mom and dad even began taking short walks around the neighborhood as soon as they dropped Lucy off at school.

Being a nurse involved in clinical research isn’t all about the success or failure of a new drug on a horrible disease such as JIA, but about the luxury of time that you get to spend with patients and their families. Moreover, it is about what you can learn when patients and their families invite you into the inner circle and the little differences that we can make to positively influence our patients’ lives. 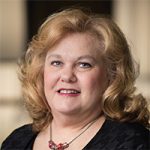 AUTHOR PROFILE: Sheree C. Carter, PhD, RN, is an Assistant Professor at The University of Alabama Capstone College of Nursing, Tuscaloosa, Alabama, and President of the Rheumatology Nurses Society.