In the adult rheumatology world, the transition of a pediatric patient into our world is often tricky. We know that the patient’s juvenile idiopathic arthritis (JIA) does not magically transform into adult rheumatoid arthritis (RA) with the wave of some magic wand. While in some cases, these patients will now be able to access some biologic or small molecule therapies that were out of reach for them as children and young adults, we have no idea if those will be any more effective in controlling their disease and preventing further joint damage than previous options each patient has tried.

There are a host of other questions as well. What is the family dynamic like? Are the parents ready to hand over authority for some treatment decisions to their child? How well does the family understand the disease process? How can we make sure we don’t lose the patient to follow up as their lives become busier and they gain more and more independence?

There are often a lot of questions with a variety of vague answers. The stuff of nightmares!

We recently had a patient, Melanie, who unfortunately keeps us all up at night. She came to us from her pediatric rheumatology practice at the age of 16. Melanie is the oldest of three children. She is active in her school and does cheer for the football and basketball teams.

Melanie was diagnosed with JIA at the age of 12. Her prior medication history included naproxen, methotrexate, etanercept, adalimumab, prednisone, and folic acid. She was able to self-inject both the etanercept and adalimumab. Both worked for a short time before losing their efficacy.

Melanie initially transitioned to our office to begin her first infusible biologic, tocilizumab. She was accompanied by her father at her initial appointment. A physical exam showed bilateral swelling in her feet and ankles. Melanie’s knees were also swollen and tender. When asked if this level of disease activity was normal, Melanie admitted that things had gotten worse recently since she had missed several injections. Her father chimed in that it was getting to be increasingly difficult to get Melanie to administer her injections without lots of nagging. The increasing general pain and stiffness had caused Melanie to step away from her school’s cheer team.

With the change in her medication regimen to tocilizumab, we reiterated to Melanie the importance of adhering to her infusion schedule. The fact that Melanie did not have her drivers license made things a little more complicated but was perhaps a blessing in disguise as it made it more difficult for her to skip a dose without her parents knowing since they would be the ones driving her to each appointment.

Melanie’s first infusion was scheduled for November 2018. She tolerated the initial infusion well and showed up on time to her first several appointments. At our initial 3-month follow-up appointment, Melanie told me she was feeling better and had returned to the cheer team. A physical exam confirmed the improvement, with resolved swelling and tenderness in most of her joints.

Unfortunately, the good times didn’t last long. Melanie started missing appointments, so we scheduled a teleconference with her, as well as her mom and dad. Melanie’s parents explained they were having a hard time getting all the kids where they needed to be (remember that there were two other children), but they said they understood that it was important for Melanie to not miss her infusions. We again explained to them what would happen to Melanie in the long term if she continued to miss medication doses. Over the summer, Melanie got back onto her regular appointment schedule and even began telling me about her plans for her senior year of high school and her college aspirations.

A few weeks later, it was back again on the roller coaster. Melanie was a no-show for her next appointment, and the next time we met, she was accompanied by both her parents, a dead giveaway that something was up. They told our team that the burden of the infusion schedule was simply too great and asked if Melanie could transition to tocilizumab injections. With her spotty record of injection adherence, we were a bit apprehensive, but there wasn’t much we could do, so we agreed with the change.

One month later, Melanie and her parents were back again. She had stopped the injections and had discontinued use of methotrexate and naproxen. She had even begun to wean herself off of prednisone. When asked to rate her pain level, Melanie said it was a 4/10 (it had been a 2/10 at her previous visit). “Why did you decide to stop with your medications?” we asked. Melanie and her parents got into a rather heated discussion that morning after she admitted to them that she had independently decided to stop her treatment. Clearly, they were as frustrated as we were. This was a patient we had agreed to bring into our practice as a teenager with the hopes of getting her onto the right track. Instead, things were just getting bumpier and bumpier. Melanie and her family again left our office agreeing to restart the tocilizumab injections, but frankly, we had our doubts.

The next time we saw Melanie in the office was 4 months later, a month before high school graduation. It was obvious from the way she walked into the exam room that things were not going well. A physical exam showed severe loss of range of motion in several extremities. Melanie rated her pain as a 10/10. Not surprisingly, she told us she never started back on the tocilizumab injections after her last visit. She had only come back to our office because her mom insisted that our practice do something about the swelling in Melanie’s left knee. We reluctantly agreed to an intra-articular injection of triamcinolone acetonide.

At this visit, we again tried to reiterate the importance of adherence to the biologic regimen we had agreed upon. And again, Melanie and her mother both said that they understood the potential repercussions and expressed concern about Melanie’s potential future disabilities.

Unfortunately, but not surprisingly, we haven’t seen Melanie in the six months since that last visit. During the COVID-19 pandemic, we had scheduled two telehealth visits to gauge how she was doing. She didn’t show up to either one. Repeated phone calls, voicemails, and text messages both to Melanie and her parents have gone unreturned. Has she found a new provider? Is she simply “done” with trying to treat her disease? Is something else going on? We have no way to know.

Not every patient who walks into the rheumatology clinic is an “easy win.” We all have those patients who make us want to bang out heads against the wall as they promise us one thing and do the complete opposite. Yet it is our responsibility to remain professional and keep trying regardless of the boulders our patients drag in front of us.

I don’t know what the future holds regarding Melanie’s relationship with our practice and how she will manage her disease. She should be in college by now, but with the pandemic, everything has been thrown out of whack, so we don’t know for sure. We’ve hopefully learned a few lessons from our interactions with her—establishing short- and long-term goals for treatment at the initial visit and having independent discussions with the parents and patient to understand the family dynamic and what potential barriers to treatment might be—that will help us to be better prepared in the future. 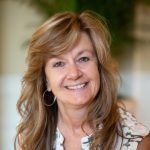 AUTHOR PROFILE: Teri Puhalsky, BSN, RN, CRNI is a registered nurse at Medstar Orthopedic Institute in Alexandria, VA, and a member at large on the Rheumatology Nurses Society Board of Directors.

Participants will receive 2.75 hours of continuing nursing contact hours by completing the education in our course: Rheumatology Nurse Practice: What Adult Providers Should Know About Pediatric Rheumatic Diseases