One day, you have an innocent adolescent who leans on mom and dad at every turn for comfort and hope. The next day, they want to be their own person and make decisions for themselves. As pediatric providers, it’s all we can do to adjust to this evolution as our patients grow up.

We had been caring for BW since she was just a girl, starting at age 10 when she was initially diagnosed with systemic lupus erythematosus (SLE) without renal disease. After an initial pulse of high-dose corticosteroids, BW was initially treated with and did well on hydroxychloroquine (HCQ) and mycophenolate mofetil. It’s always nice to be able to help our youngest patients, especially during key developmental years of early adolescence, so it was rewarding to see BW’s progress once she entered our practice.

BW was a unique patient, always curious, always wanting to know more. She wasn’t just satisfied with knowing she had something called SLE and letting her parents worry about what that meant for her life. She wanted to be one to do the research into her disease, understand how it was affecting her body, and be responsible for taking her medications when she was supposed to.

Apparently, this sort of approach wasn’t unusual for BW. Her mother told me that BW was an avid reader, absorbing as much information as she possibly could like a sponge. She was a favorite of her teachers, taking the initiative on research projects to learn independently and organize group work.

At 10 years of age, we obviously don’t talk too much about the potential teratogenic effects of medications unless it’s something that parents specifically inquire about. It’s simply not something on our radar screen. It isn’t until our patients turn 12 years old or so that we start having these important, gentle conversations with parents and their child.

While we can make whatever sort of prediction we want based on the child’s personality, it’s impossible to know which of our teenaged patients are going to be sexually active, much less which of them will be truthful with us about their activity. It’s also impossible to know whether an individual parent is going to support contraception in a sexually abstinent (as far as we know) teen.

“One day, you have an innocent adolescent who leans on mom and dad at every turn for comfort and hope. The next day, they want to be their own person and make decisions for themselves.”

The Centers for Disease Control and Prevention reported that 194,377 babies were born to teens aged 15-19 years in 2017. That was a record low, and about a 7% decrease from the previous year. Birth rates among teens 15-17 years of age were down 10%; rates among teens 18-19 years of age were down 6%. Birth rates decreased most among Asians, Hispanics, non-Hispanic whites, non-Hispanic blacks, and American Indian/Alaskan Natives, respectively. Of course, geography played a role as well—in some states, teen birth rates decreased more than others, and they increased slightly in some locations.1

While that is great news, it certainly isn’t a guarantee. And since I’m not much of a gambler, I’m not willing to risk one of my patients getting pregnant without talking to them about the possibility first. As much as I often hear, “It’s not going to happen to me” (a normal childhood development response), that simply isn’t a good enough reason to avoid contraceptive protection.

I was fortunate to have already laid the groundwork by establishing an open, honest relationship with BW’s mother, where we both agreed that it was important to help protect BW from an unwanted pregnancy. We had regular conversations about the safety profiles and potential teratogenic effects of HCQ and mycophenolate. I explained the complicated nature of any pregnancy for patients with SLE and how such an unplanned event would add one more serious burden to the already-perilous life of a teenager with an autoimmune disease. I suggested at every visit after BW turned 12 years old that they make an appointment to see a gynecologist and talk about birth control options, but I was consistently met with a “it’s too soon” attitude.

As she turned 14, BW’s disease began to evolve. She developed Class IV lupus nephritis as well as anti-phospholipid antibody syndrome. She also began having more regular disease flares, raising my suspicions that she may not be taking her medications on our agreed-upon schedule. We checked her mycophenolate levels. They were normal. Moreover, BW vehemently denied being noncompliant with her medication regimen. Consequently, we made the decision to introduce rituximab as a renal rescue medication. We opted for rituximab over cyclophosphamide due to its overall efficacy in children, better safety profile, and ability to preserve future fertility.

Within a few days of our appointment where we discussed these adjustments, BW came clean to her mother. She was indeed skipping medications, which was likely the cause of her disease flares. Her mother called me the next morning, both embarrassed and apologetic. Her blind faith in her daughter’s honesty had taken a dent. She had worked so hard for so many years to build a trusting relationship with her daughter, and she wholehearted believed her daughter when she initially said she was taking her medication.

I leant a supportive ear as BW’s mother let out her frustrations, letting her know that noncompliance is quite common in teens, as is hiding the truth. As she reaches her high school years, I emphasized to BW’s mother that there are more things her daughter might try to hide as well, such as sexual activity. It didn’t mean that BW was a bad kid or that she was a bad mother, but it’s just what normal teenagers do as they develop socially. My hope is that this will trigger BW’s mother to take the reins and demand that she see a gynecologist for a long-acting contraceptive, no matter how much she insists she is not and has no plans to be sexually active. 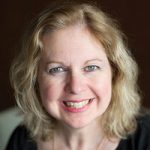 AUTHOR PROFILE: Cathy Patty-Resk, MSN, RN-BC, CPNP-PC is a certified pediatric nurse practitioner in the Division of Rheumatology at Children’s Hospital of Michigan in Detroit, MI, where she provides medical services to inpatient and outpatient pediatric rheumatology patients. Cathy is also the President of the Rheumatology Nurses Society.