There are times as a rheumatology nurse practitioner when I want to bang my head against the wall. A patient doesn’t show up for a follow-up appointment for the second time in a row. Someone tells me that they stopped taking their medication “just because” and their disease is flaring badly. A letter from the insurance company arrives telling us that the medication our team feels a patient badly needs has not been approved.

Frustration is simply part of the job. But then so is creative problem solving, often with the help of one or more colleagues who are often only too happy to help us out of a jam.

Let me tell you about Joseph, a 47-year-old commercial pilot who has struggled with chronic plaque psoriasis for approximately 7 years. He initially was diagnosed and treated by a dermatologist, who put him on leflunomide and topical corticosteroids to help manage flares of his condition. After approximately 2 years of this regimen, Joseph discontinued use of the leflunomide due to unwanted side effects and a desire to start a family.

Five months before he arrived in our practice, Joseph woke up and noticed that his pointer finger was extremely tender and swollen. This was accompanied by gradually worsening psoriasis and mild pain and tenderness in his knees and shoulders along with moderate morning stiffness in his back and hips that resolved with movement. While Joseph was unsure if these recent exacerbations were related to his psoriasis or another medical condition entirely, he scheduled an appointment with his primary care physician (PCP). Fortunately, his PCP was familiar with the association between psoriasis and joint issues—which as we’ve seen throughout this issue of Rheumatology Nurse Practice isn’t always the case—and placed a referral to our clinic.

At his initial appointment with me, the most obvious physical manifestation was Joseph’s plaque psoriasis, which covered most of his elbows, hands, knees, and trunk. As noted earlier, Joseph also had peripheral joint pain and swelling in several digits on both hands, his right knee, and left shoulder. While the swelling in his pointer finger had gone down, Joseph showed me pictures of it at its worst, confirming that it indeed “looked like a sausage.” This was clearly a case of dactylitis. Joseph also had notable enthesitis in his left Achilles tendon.

“So I did what I have done a few times over the years in similar situations – I did my best Who Wants to Be a Millionaire impression and decided to phone a friend.”

Following the comprehensive physical examination, Joseph and I spoke at length about his overall level of pain, joint swelling, prolonged morning stiffness, and chronic fatigue. He also complained about some of the challenges he was facing on a daily basis both professionally and personally. As a pilot, Joseph is typically forced to sit for hours at a time and relegated to walking around in small spaces, which likely does not help his joint issues. Joseph also shared some cosmetic concerns with me surrounding his psoriasis and associated insecurities tied to his physical appearance (he was one of many psoriasis patients I have seen over the years who rarely wear any clothing that exposes his skin).

Next, we discussed Joseph’s short- and long- term treatment goals, along with potential nonpharmacologic and pharmacologic interventions. Joseph expressed an interest in treating his current joint issues as aggressively as possible, so we decided to start him on etanercept 50 mg weekly. Joseph is one of those patients with restrictive treatment options—the large commercial airline that employed him had its own formulary that primarily included drugs that have been available for several years or more—so we felt that etanercept would be more likely to be approved than some of the newer biologics available for the treatment of psoriatic arthritis (PsA). Fortunately, we were right, and etanercept was approved 2 weeks after Joseph came in to see us.

Joseph’s condition followed a relatively standard pathway for the next few years. His joint issues improved, especially after we added weekly methotrexate 10 mg to his regimen, although his psoriasis remained a significant problem. Joseph was able to resume a normal workload in the cockpit without any major hiccups. I saw Joseph periodically for the next several years and discussed with him potential modifications to his treatment regimen that might have a positive impact on his psoriasis, but he stated that he was happy to have his joint pain and stiffness under control and didn’t want to do anything to throw things out of balance. Again, something we hear a lot.

A few months ago, however, Joseph’s priorities began to change. He and his wife were preparing to celebrate their 25th wedding anniversary and had arranged to renew their vows on the beach. Joseph emphasized to me how important it was to him to wear beach clothes during the ceremony, and that he wanted his skin to appear as clear as possible. To that point, we had only tried one TNF inhibitor along with other conventional DMARDs, which had led to partial relief of his symptoms. I suggested to Joseph that we try a biologic with a different mechanism of action to see if that would be more effective. He agreed to switch to secukinumab, an interleukin-17 inhibitor. Unfortunately, his restrictive insurance formulary was a roadblock and denied approving the switch without trying a second TNF inhibitor or ustekinumab, an IL-12/23 inhibitor. While ustekinumab is a reasonable option in many cases, it can take up to 2 months in patients with PsA to see notable improvement, and I knew Joseph was under time pressure to see his psoriasis clear up.1,2

So I did what I have done a few times over the years in similar situations—I did my best Who Wants to Be a Millionaire impression and decided to phone a friend. I had met a colleague in dermatology a few years ago at a professional event, and we had bonded over some of our shared professional experiences. From time to time, I called my friend in dermatology for assistance with patients who presented with unusual or nonspecific rashes associated with autoimmune disorders with which I was not familiar.

Knowing that secukinumab is also approved as a treatment for plaque psoriasis, I had Joseph schedule a dermatology appointment with my friend to see if that might be our avenue to success with his insurance provider. The strategy worked— this time the biologic was approved at a higher dosage than is typically offered for patients with PsA alone (300 mg per month vs. 150 mg per month)—and Joseph quickly scheduled his first injection. Two months later, and 8 weeks before his wedding anniversary, Joseph came back to our office for his initial follow-up. His skin had improved by approximately 60 percent, and he was thrilled. Just before the big celebration a few weeks later, not only was his skin almost clear, but his joint pain had subsided substantially as well.

Joseph proudly showed me photos of the beach ceremony at his next visit to our office, which admittedly made me tear up a bit. As a nurse practitioner, I take great pride in advocating for my patients and trying to find creative solutions when roadblocks are put in front of me. It’s important to remember that many of the biologics approved for the treatment of rheumatic disease also have indications for dermatology and gastroenterology conditions. Step therapy for one condition may be quite different than another, and our patients with comorbid issues may have more (and better) options in another specialist’s office. I’m grateful that I was able to tap into my professional network and lean on my friend to help Joseph celebrate his special day. 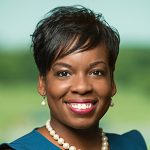 AUTHOR PROFILE: April Johnson, MSN, APRN, CNP works as a nurse practitioner in Oklahoma City, OK, and is a member at large on the Rheumatology Nurses Society Board of Directors.

Participants will receive 2.75 hours of continuing nursing contact hours by completing the education in our course:
The Intersection of Dermatology and Rheumatology in the Management of Psoriatic Arthritis