Background/Purpose: Systemic lupus erythematosus (SLE) occurs predominantly in women and Black women have disproportionately poorer health outcomes across the trajectory of their disease compared to women of other race/ethnicities. Specifically, Black women with SLE report higher symptom burden with pervasive impacts on quality of life. Fatigue is highly prevalent in SLE patients, and is a major driver of negative disease perception and patient difficulty with steroid therapy discontinuation. However, the underlying biochemical mechanisms of fatigue in Black women with SLE are largely unknown. We conducted untargeted metabolomic plasma profiling in Black females with SLE and Black female non-SLE controls to identify metabolites and metabolic pathways associated with SLE. We then identified which of these SLE metabolites and pathway predictors were correlated with patient-reported symptoms of fatigue.

Conclusion: Metabolites from the TCA cycle, identified through untargeted metabolomics, were significantly associated with physical and mental fatigue phenotypes in Black females with SLE. Validating these findings in a larger sample would inform potential biomarkers for fatigue as well as targets for intervention. 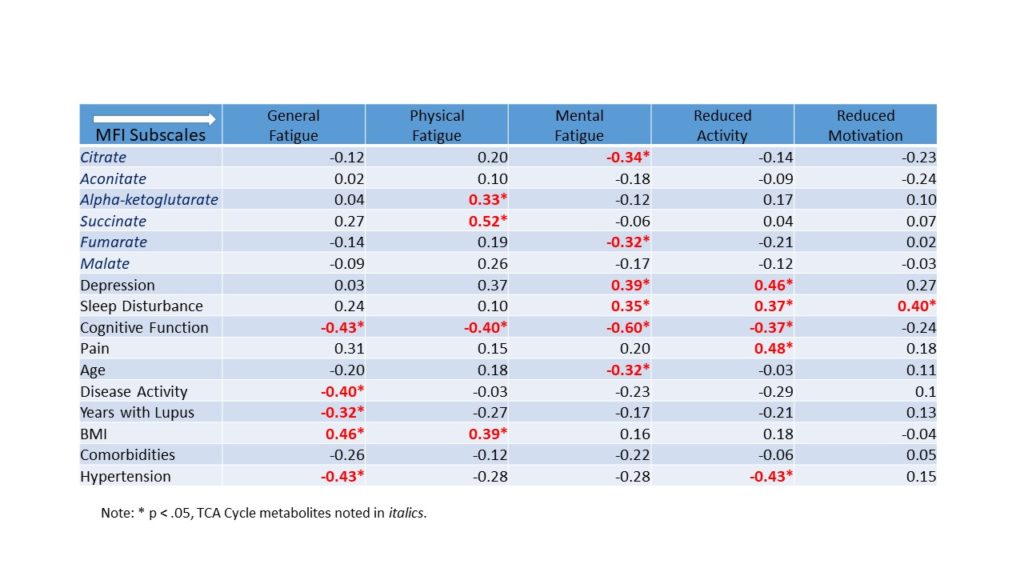 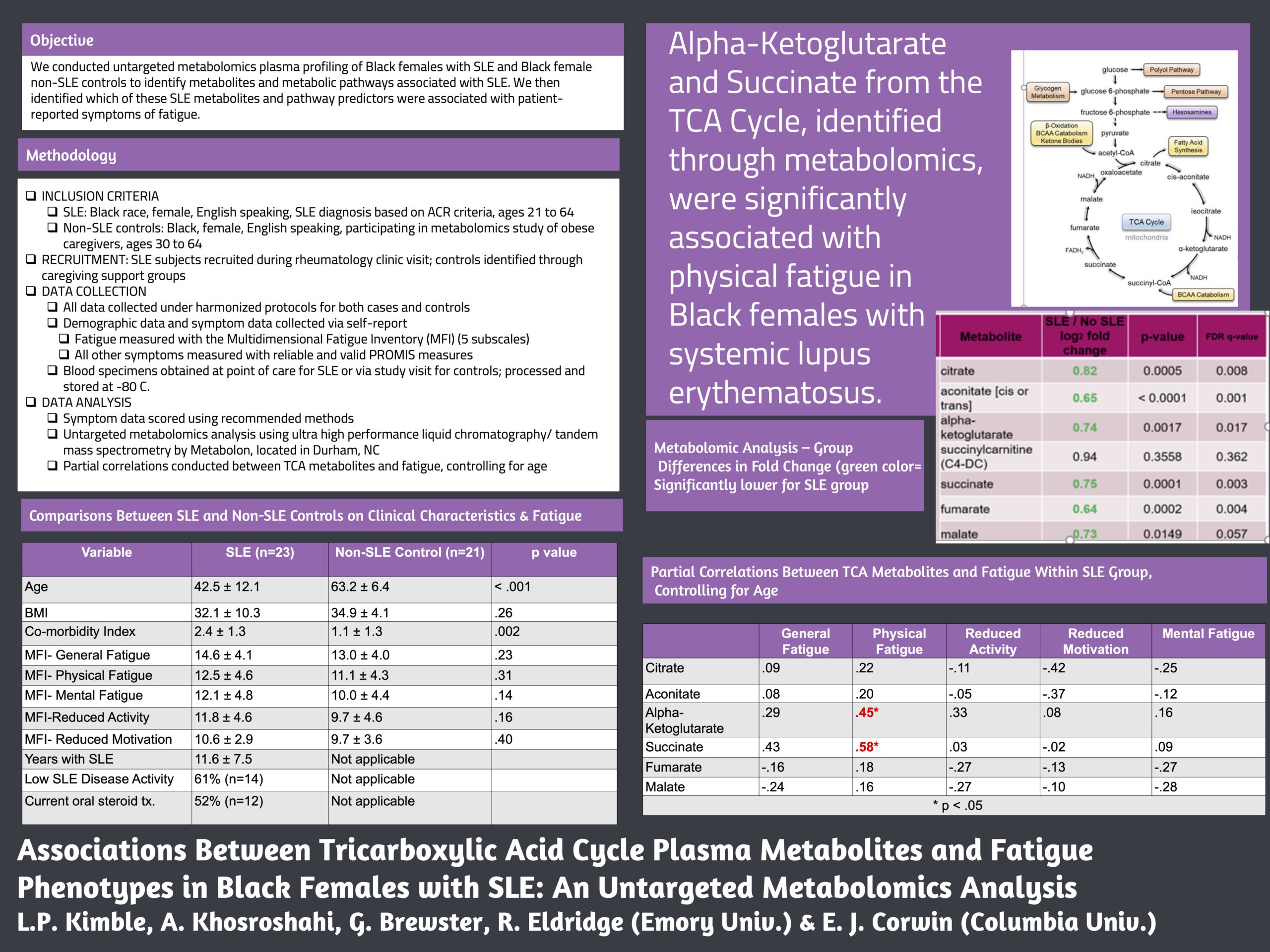 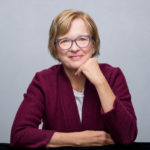 AUTHOR PROFILE: Laura P. Kimble, PhD, RN, FNP-C, CNE, FAHA, FAAN currently resides in Georgia, where she works as a Clinical Professor and the Assistant Dean of Clinical Advancement at Emory University’s School of Nursing. She has been in this position since 2017, and has been in rheumatology since 2019. Laura studied at the University of Rochester in Rochester, New York, where she obtained her PhD in nursing. Laura enjoys mentoring in the field of rheumatology, and in her off time, reading and listening to music.