Dennis loved his Diet Coke®. He couldn’t make it to his appointment without lugging along two 32-ounce Diet Cokes from a local fast-food restaurant. He would finish the first one and start on the second by the time his visit to our office was over.

Until a few months ago, Dennis drank approximately 30-40 Diet Cokes a week. It sounds like an extraordinary amount, I know, but it’s absolutely true. Dennis said it’s not even because he couldn’t function with it, but rather because someone (he can’t recall who) once told him that drinking Diet Coke would help his bones stay healthy. For whatever reason, that tidbit of information stuck.

At age 40, Dennis was diagnosed with ankylosing spondylitis (AS), and 10 years later, the disease had taken quite a toll on his quality of life. He had been on etanercept 50 mg weekly for several years but had substantial breakthrough pain, for which he used hydrocodone regularly. He also suffered from anxiety, depression, and neurofibromatosis, which he developed as a child.

For more than a decade, Dennis had been coming to see me every 3 months for his standard follow-up visit. These became rather routine at some point, but a visit approximately 1 year ago raised some unexpected alarm bells for me.

Dennis arrived at our practice looking very anxious and relayed a number of concerns to me. He said he was struggling more than usual with extreme back stiffness, pain, and reduced range of motion. He missed fishing, one of his greatest pleasures, which he had been unable to enjoy for several years due to an inability to sit for a prolonged period of time on a boat. He expressed concern about his increased need for opioids to manage his pain, worrying specifically about opioid addiction (he had also recently developed significant constipation).

At this visit, Dennis also informed me that he had stopped taking etanercept on a weekly basis and had instead extended the dose frequency to once a month. The reason? He felt that the drug was affecting the severity of his neurofibromatosis. For those of you not familiar with neurofibromatosis, it is associated with chronic pain, bone deformities, low bone mass (remember the Diet Coke?), and learning disabilities.1

“Patients like Dennis test all of our skills as healthcare providers. Traditional approaches that we use to educate don’t work with everyone.”

I sympathized with Dennis. He was clearly struggling both physically and psychologically due to the impact that his AS and other comorbidities were having on his quality of life. After hearing of his current struggles, I gently asked Dennis if he had ever been diagnosed with a learning disability because of his neurofibromatosis (a common issue with this disease).1 Dennis told me that he remembered seeing a psychologist when he was in grade school and being told that he needed to take special classes because he wasn’t able to understand instructions like the rest of his peers. This made sense, and led me to believe that perhaps his learning disability was interfering with the treatment of his AS. I probed a bit more into Dennis’ educational background and asked him how he learns best. If I was going to help him overcome some of his current issues, I was going to need to find away to get him to better understand his disease and how some of his behaviors and habits were impacting his symptoms.

As our conversation continued, I realized that Dennis learns best by watching videos. I didn’t have a lot of the right resources at my fingertips, but I vowed that I would have materials ready for Dennis at his next visit—scheduled for 1 month out to maintain our momentum—that we could watch together to educate him on his disease and current treatments. We also jointly decided that a referral to a therapist would be wise so that Dennis could have another outlet to discuss his fears and anxieties related to his health struggles.

When Dennis returned for our scheduled educational visit, he clearly appeared less anxious than at our last visit. He had seen a new therapist twice in the last month and was starting to feel a bit more confident about the rationale behind weekly etanercept. One of our nurses had helped me research appropriate YouTube videos about AS and osteoporosis. We also found good, patient-level videos about the way in which etanercept works, along with current treatment options for osteoporosis. Each of these videos was approximately 2-4 minutes long, and I paused between each one to answer any questions that Dennis had based on what we had just watched.

After watching all of the videos and answering Dennis’ questions, we talked more about appropriate treatment goals and his expectations. Now that Dennis seemed more in control psychologically and at least had some grounding on the basic ABCs of his disease and current treatment regimens, I encouraged him to take etanercept each week for the next 8 weeks to see what impact that might have on his quality of life. For additional support, I helped Dennis enroll in a nurse partner program through which he receives regular reminders to help him adhere to his weekly medication regimen. This program also allows Dennis to request a conversation as needed to discuss any questions, complications, or side effects he had regarding his drug regimen. Finally, I set up an appointment for Dennis to have a new bone density scan completed. We agreed that we would discuss a new treatment goal and short-term expectations on each visit until his disease became better controlled.

Over the course of the next few months, Dennis began noticing significant improvement in his disease activity, thanks in no small part to his adherence to weekly etanercept. His bone density scan showed a T-score of -2.7 in the femoral neck, confirming an additional diagnosis of osteoporosis.

Dennis’ anxiety and depression have been under much better control thanks to his regular appointments with a therapist as well as medical management (fluoxetine 20 mg/day). With so much positive progress being made, Dennis and I agreed a few months ago that it was the right time to wean him off of opioids. We knew it would be a slow process, but I was hopeful that Dennis had the right support system in place to help him through this difficult adjustment. We put a pain management specialist in place to provide additional support.

I last saw Dennis 3 months ago. He was doing great. He told me he had gone fishing the previous weekend for the first time in nearly 10 years. He had successfully weaned himself off of opioids completely and no longer suffered from chronic constipation. The support system we had put in place seemed to be working as Dennis was taking the etanercept on his weekly schedule and had finally quit drinking so much Diet Coke since he was taking alendronate to protect his bones.

Patients like Dennis test all of our skills as healthcare providers. Traditional approaches that we use to educate don’t work with everyone. Some patients who continually veer from their treatment regimens may simply need a different sort of direction or additional resources to better understand the hows and whys of their disease and treatment options. These patients can initially be labor intensive, but the rewards once the right pieces are put in place are substantial. That’s something we can all drink to—just no Diet Coke, please! 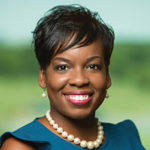 Author Profile: April Johnson, MSN, APRN, CNP, works as a nurse practitioner in Oklahoma City, OK, and is a member at large on the Rheumatology Nurses Society Board of Directors.