I was raised in the traditional Western system of medicine. If anyone in our family became ill, a doctor would prescribe us medication, which we would take until we became better. This routine was normal, and it seemed to work every time. Prescription drugs or over-the-counter medicines were the only method I knew for treating illnesses.

But as I grew older, I became aware that many drugs do not actually cure illnesses themselves, but rather help to manage specific symptoms. Drugs also cause side effects—some as benign as nausea, dry mouth, or heartburn, as well as others that are much more serious, like cancer, tuberculosis, or even death.

I’ve dealt with all of those benign side effects (but fortunately none of the more serious ones) during the course of my treatment for ankylosing spondylitis (AS) since being diagnosed in 2017. Each time I started on a new therapy and read through the potential side effects, I couldn’t help but wonder, “What if there is a way to treat my condition without drugs?” After speaking with many other AS patients over the course of the last 5 years, I’m fairly certain I am not alone.

My journey to a diagnosis of AS is not particularly unique. As with many patients, it took too long—6 years in my case—to get a proper diagnosis. This was partially my fault. I ignored many signs that something was wrong. My symptoms came on gradually, one after the other, until they began to affect my quality of life in an undeniable way. There were times when I couldn’t walk, sit, or lay down without intense pain. I used to wake up paralyzed with stiffness. I’ll never forget those days when I felt truly unable to do anything for myself. Looking back, I often think that my doctors could have done a better job directing my care, but I also know that I could also have done a better job of self-advocating. Nevertheless, there’s no use in blaming anyone. I have AS, a disease without a cure, and I’ll be living with it for the rest of my life.

Once I was diagnosed with AS, I remember discussing treatment options with my rheumatologist. I initially settled on meloxicam, an NSAID with fewer side effects than most drugs. As long as I took it consistently, meloxicam seemed to work well for me, but in late 2017, I had to switch medications because I wanted to have a baby. In order to have the safest pregnancy possible, I was prescribed adalimumab, an immunosuppressant delivered to my home in a Styrofoam crate accompanied by many colorful pamphlets.

“Fortunately, I had enough self-awareness to know that feelings of loneliness and hopelessness require a bit of self-reflection.”

I had to inject adalimumab into my thigh. The first time I tried this, I was at my rheumatologist’s office. The nurse showed me how to use the mechanism, but when I clicked it, nothing happened. She was confused and decided it was defective. She went to get another dose from the refrigerator and readied it for injection. I was worried—isn’t adalimumab supposed to be at room temperature before it is injected? But the nurse seemed to think it was fine to use it cold, so I thought, OK, maybe you don’t have to let it warm up… (Editor’s note: The manufacturer of adalimumab notes that, for potential patient comfort, the injection pen can be taken out of the refrigerator for 15-30 minutes before injecting to allow the liquid to reach room temperature, though this is not a requirement).1

After the nurse clicked the mechanism, ice-cold liquid coursed through my thigh and into the rest of my body. The injection site tingled and then numbed. Was that it?

The way adalimumab entered my body that day was a physical manifestation of all my unspoken concerns: the side effects, my limited treatment options, the implications of problems I’d face in the future, the slight chance it would harm my unborn baby, the possible incompetence of the nurse, and my failure to advocate for myself.

I sat back, feeling a bit odd. My vision became fuzzy, and I slowly lost touch with my surroundings. The nurse, the chair, and the paintings on the wall gradually pixelated into a white oblivion. I almost passed out. The paramedics were called. They thought I was going into anaphylactic shock, and so did I. Fortunately, the episode passed. The rheumatology team and the paramedics told me it must have been a panic attack.

After the incident, I was too afraid to inject adalimumab myself, so my husband did my injections while playing soothing music and simulating a spa-like atmosphere. I don’t remember my rheumatologist following up in any meaningful way after my initial episode. I would have appreciated someone reaching out to provide support, but none was offered. This made me feel very alone and hopeless.

Fortunately, I had enough self-awareness to know that feelings of loneliness and hopelessness require a bit of self-reflection. I was clearly uncomfortable with both adalimumab itself and the manner in which it is administered. If I was going to live with AS and face situations like this for the rest of my life, I had to make sure both my mind and body were aligned. In addition, I needed to feel supported along the way. Consequently, I decided to seek out alternative methods to manage my disease.

I don’t remember how I heard about naturopathic medicine, but once I did, I was immediately intrigued. The naturopathic method treats the whole person—mind, body, and spirit—and it was exactly what I was looking for.

My naturopath made it clear that I had to help my body reduce the inflammation. With her assistance, I began to understand the link between gut health and body health. I isolated trigger foods via food sensitivity testing and comprehensive stool analysis. Additionally, I began seeing a therapist so I could heal my mind alongside my body. By maintaining a moderate activity level and adhering to a low-stress lifestyle, I’ve kept my AS in remission since 2017 without needing additional biologic therapy.

Not surprisingly, naturopathic care never came up in conversations I’ve ever had with any of my rheumatologists. I had to seek out information on my own. As it’s rarely been studied in a formal manner, there is little evidence-based data out there in support of the naturopathic approach, but pursuing a more natural path to wellness is something that I felt obligated to try after my initial scary experience with adalimumab. And it’s worked for me—it’s been 5 years since I made the switch and I’ve been able to keep my AS in check during that time.

I may not be in remission forever, and I’m not completely opposed to medication. I have two small children, and I can’t afford to be in pain while caring for them. I’m so thankful I currently only occasionally need NSAIDs for pain relief, but I’m mentally prepared to need something more substantial in the future. I still have a rheumatologist who I see when I feel a flare coming on, but our relationship is admittedly a bit strained. I would like to be able to find a warm, supportive practice where I feel comfortable verbalizing my concerns about treatment in the future, but it’s not something I’ve felt the need to aggressively seek out for the time being.

I understand that I’ve been privileged in my healthcare journey. Not everyone has the option to pursue naturopathic care since it usually isn’t covered by insurance. I also made the difficult decision several years ago to move from the Chicago area to Fort Collins, CO, in order to pursue a lower-stress, more active lifestyle. After much internal struggle, I left my full-time job as a high school English teacher to pursue freelance writing work from home. Part privilege, part proactivity, my choices gave me the opportunity to make some very positive changes in my life. For several years now, I’ve been able to focus on my whole-body health.

My disease has taught me so much about the power of my mind over my body. Our bodies are blueprints of our lives—everything we go through is held deep within our cells and tissues. If we don’t address the causes of stress or trauma, we will quite literally burst into pain. For these reasons, AS has taught me never to bury my emotions or live falsely. AS has taught me to seek support when I need it and not to be a martyr without a cause.

AS has also taught me to be a vocal advocate for both my body and my mind. My fellow sufferers with rheumatic disease and I need to take care of ourselves at all costs. We need to speak up and let others know what we’re going through. It isn’t enough to pursue an active lifestyle, eat healthy, and visit our healthcare providers on a regular basis. We also have to make sure to do things for the health of our spirits and connect with fellow humans. We must do these things for the longevity of our bodies, minds, and spirits. After all, we identify as people, and not a disease. 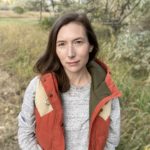 Author Profile: Ali Cornish is a freelance writer who lives in northern Colorado with her husband and two young sons. She was diagnosed with AS in 2016 but has been living with its symptoms since 2011. She is the founder of Everthrive, a website dedicated to simple and essential living.