The patients that come through the doors of our rheumatology practice every day often arrive with a unique set of beliefs regarding their disease and preferences regarding treatment. As healthcare providers, our experience and training has instilled us with a different, and sometimes conflicting, set of beliefs. It’s not that either party is necessarily right or wrong, but merely that these beliefs can sometimes clash, especially in patients with psoriatic arthritis (PsA), and that it takes time and patience to reconcile these differences before a communal approach can be reached that best serves each individual patient.

Let me share two recent cases with you, each highlighting a different set of challenges. You will probably recognize many aspects of these cases in some of your own patients.

I’ll start with Regina, a woman in her mid-50s. Regina is a pediatrician who was forced to retire due to a variety of underlying medical conditions. She was referred to our office with multiple painful and swollen joints affecting her hands. On exam, she had obvious dactylitis of the right 2nd digit of her left hand, along with multiple swollen and tender distal interphalangeal joints. Given these two findings, initial signs certainly seemed to point to a diagnosis of PsA.

But where was her psoriasis? There wasn’t any, she told us, and never had been any. Neither was there any family history of psoriasis. That certainly piqued our curiosity. Nevertheless, we proceeded to order X-rays, which showed a pencil-and-cup deformity, a classic finding among patients with PsA. With the sum of this evidence, we concluded that Regina must be one of the approximately 15% of patients who have PsA without skin involvement.1 Given the severity of her joint involvement, we suggested an aggressive course starting with a biologic disease modifying anti-rheumatic drug (DMARD).

Not only was Regina resistant to this suggestion, but she fought us over any treatment we recommended. It took seveal months and multiple appointments before she would even agree to a low dose of methotrexate. For 2 years, every time Regina came into our office, it was the same story. There was pain and swelling in her hands, getting progressively worse each time. Eventually, she was barely able to make a fist. She told us that any activity involving her hands was painful. And yet, anything more than a short course of prednisone was a non-starter. Regina asked us time after time, “How can you be sure this is PsA? I don’t have psoriasis, and I know that almost every patient with PsA has psoriasis. What if you got this wrong?” We would point to the evidence in front of us—her joint involvement and X-ray findings—but that was never enough. She simply did not believe us.

“We would point to the evidence in front of us—her joint involvement and X-ray findings—but that was never enough. She simply did not believe us.”

Finally, 2 years after she first came to our office, Regina came in for a visit and showed me a small, dime-size patch of scaly skin behind her ear. “Is this psoriasis?” she asked me. It turns out that this patch of scaly, occasionally itchy skin behind her ear had been there all along, but since it was covered up by her hair, we couldn’t see it, and Regina never said a word about it. At this visit, she told us that she simply didn’t think it was a big deal. It was always something she would treat with hydrocortisone and it would go away.

Now that I had the smoking gun—“See, you do have psoriasis!”—everything changed. Regina finally believed in our diagnosis and, that day, agreed to start on biologic therapy. I’m happy to report that, several years later, she is doing well. We see her every 6 months just to check in, but there haven’t been any urgent calls or unscheduled appointments to treat a disease flare. Yes, she has some residual damage in several joints, but she has regained function in her hands, and her pain and swelling have both resolved.

That’s one avenue that some patients with PsA follow.

And then there are those patients like Laurie, who I first met when she was 39 years old. A married woman with two school-aged children, Laurie had been treated by one of our practice’s rheumatologists for years and consistently struggled to adhere to her agreed-upon treatment regimens. At our first visit, Laurie arrived in a wheelchair due to the pain and swelling in her knees and ankles. She also had swelling that affected numerous joints in her hands. Frankly, based on my first impression, I had no idea how she was caring for her family at all.

But that wasn’t even the worst of things. Laurie had thick, red plaques covering the majority of her body, including her scalp, arms, trunk, and legs. Her face was somehow spared, but that was about the only noticeable area without visible psoriatic lesions.

At this time, Laurie was only being treated with methotrexate. Clearly, she needed more, but every time another provider in our practice tried to introduce a biologic, there would invariably be an insurance issue or another unclear problem, and Laurie would be lost to follow up. Despite providing her regularly with information on patient assistance programs that were available to her, Laurie rarely completed the forms or showed up for scheduled follow-up visits. The problem was never quite clear.

On my first visit with Laurie, I brought in one of our administrative assistants to help complete the patient assistance forms to get her back on biologic therapy. She was able to restart adalimumab and seemed to be doing OK. On her initial follow-up 2 months later, Laurie was out of her wheelchair and used a walker to enter the office. Her skin was visibly clearing. I felt so happy to see her doing better that I went up and gave her a teary- eyed hug. Over the course of next year, Laurie continued to improve. She was soon walking without any assistive devices and her skin was almost completely clear.

Alas, the chronic nature of her disease unfortunately meant that the good times would not last. Her adalimumab stopped working as well as it once did, and we were forced to look at other biologic options. That meant another round of forms and another round of coaxing. Unfortunately, Laurie reverted back to her previous routine. For unknown reasons, the forms went uncompleted, and Laurie stopped responding to our calls and emails.

I last saw Laurie a year ago. The plaques on her abdomen, back, upper arms, and legs were back in full force. She was using a walker again due to numerous painful joints. I again urged her to complete the financial assistance forms we provided to her and set up regular appointments with our office to control her disease. Unfortunately, she’s been a no-show to her last several scheduled visits and I remain unsure how she is doing, though I fear the worst. My heart breaks for Laurie and her family, but I remain hopeful and undeterred. Hopefully, whatever factors brought Laurie back to our practice last time will re-emerge, and she’ll give us a chance to help her again.

What these dual cases demonstrate is that despite our best efforts, intentions, education, and compassion, there are times when we need to accept that there are some hurdles we can’t overcome in the short term and simply hope for the best. Not all our cases are “instant wins,” and there will likely be some long-term losses, but with persistence and patience, we can usually break through our patients’ defenses to get them the help they need. 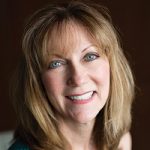 Participants will receive 2.75 hours of continuing nursing contact hours, including 1.75 pharmacotherapeutic contact hours, by completing the education in our course: Rheumatology Nurse Practice: Doing the Most for Our Patients with Psoriatic Arthritis”