When I started in rheumatology practice 11 years ago, we had few options at our disposal to treat patients with psoriatic arthritis (PsA). The initial batch of anti-tumor necrosis factor (anti-TNF) inhibitors had arrived, but they were the only “big guns” out there. If a patient did not respond to a first anti-TNF, we had to switch them to a second and then perhaps a third, even though data shows that the likelihood of responding to subsequent medications in the same drug class decreases as you go further down the line.1

It’s been refreshing in the last few years to see the eruption of new medications targeting different cytokines or working intracellularly to help combat this destructive disease. As noted in this and previous issues of Rheumatology Nurse Practice, there are several more promising agents in late-stage clinical trials.

Without question, there are patients of ours who need these breakthroughs.

One of them is BC, a 23-year-old male patient with severe PsA I met a few years ago. When BC first presented in my office, he was covered with psoriasis from head to toe. This affected him both physically and emotionally—he struggled with severe depression secondary to his psoriasis. Even in the heat of the summer, BC wore pants and a long-sleeved shirt to his appointments with me. He avoided most social situations, enrolling in online classes so he could avoid being around others his own age at school.

Prior to his referral to our office, BC had tried a variety of topical agents, light therapy, and cyclosporine, all with minimal effect. His development of dactylitis spurred the referral to rheumatology. Based upon his presenting symptoms, I diagnosed BC with PsA and immediately started him on etanercept, hoping to have a rapid impact.

“It is always a little nerve wracking trying a patient on a new therapy that you have zero real-world experience using.”

Initially, there was some improvement, and BC felt comfortable enough in his appearance to leave the house more and regain some of the confidence that his disease had taken from him. Unfortunately, the improvement was short-lived, lasting for only about 18 months. At the time, we were still limited to anti-TNFs as approved biologics for patients with PsA, so I switched BC to adalimumab.

He stayed on adalimumab for about a year before his psoriasis began flaring again. By this time, secukinumab had become approved as the first interleukin-17A inhibitor for the treatment of PsA, so we decided to give that a try. BC was the first patient I started on secukinumab, so I was unsure of exactly what to expect, but its impact has been remarkable. BC’s psoriasis has completely resolved for the first time in many years and his arthritis symptoms remain stable. He’s begun rock climbing again (previously one of his favorite hobbies), and he’s about to complete his undergraduate degree at the local university.

It is always a little nerve wracking trying a patient on a new therapy that you have zero real-world experience using. What happens in the world of clinical trials is not always the same as what happens in the real world. Whenever I am in this situation, I always have a fear that one of my patients will have a side effect that was not previously seen or has not been well described in published materials.

Before I started BC on secukinumab, I made sure to carefully review possible risks/side effects with him that could be different than he had seen with his previous medications. I followed up with BC about a month after he started on secukinumab to make sure he was tolerating the drug without any issues, which fortunately he was.

PsA is a disease that we know can cause significant joint destruction when left untreated. I find that many of my patients, like BC, prioritize improvements in their psoriasis vs. their joint pain simply because of the psychological stigma of visual symptoms. Certainly, I hope that BC’s condition continues to improve, though it’s comforting to know that there are additional novel biologics available in today’s arsenal, with more hopefully to come in the near future. 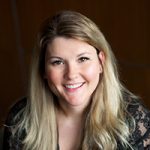 AUTHOR PROFILE:
Amanda Mixon, PA-C, is a physician assistant at Arthritis and Rheumatology Clinic of Northern Colorado in Denver, Colorado and a Board Liason for the Rheumatology Nurses Society.