“She’s flaring again. She had a hard time even going to school this week and hasn’t been able to play at all for her basketball team this season. She wants to know why the medicine isn’t working, and I don’t know what to say to her anymore!”

When mom or dad calls after a rough weekend, it’s a tough conversation. I wish it were uncommon, but it does seem to happen from time to time. It is difficult for the patient, the family, and the care team as we all want our patients to improve and feel better.

This particular conversation took place approximately 18 months ago and concerned Jessica, a 11-year-old female who was diagnosed with juvenile idiopathic arthritis (JIA) as a toddler. Jessica was initially treated at an out-of-state practice where she spent her early childhood. At that practice, she was diagnosed with oligoarticular JIA and received treatment that consisted of intra-articular joint injections and daily NSAIDs. When this did not alleviate her symptoms, she was ultimately started on methotrexate (MTX) as a 7-year-old. Jessica’s mom relocated for work to the Chicago area (where our practice is located), and after a 4-month lapse in care following her move, she ended up in our office in 2019.

During her initial clinical exam with our team, Jessica had swelling of her left knee and right ankle, as well as tenderness in her 2nd and 3rd left proximal interphalangeal (PIP) joints. Jessica’s mother expressed some concerns about an intermittent rash she had noticed on her daughter’s scalp, although it was not apparent on the day of this initial visit. There was some nail pitting.

Jessica did not have a family history of psoriasis, although several members of her family had been diagnosed with other autoimmune conditions such as inflammatory bowel and thyroid disease.

After our physical exam and review of Jessica’s medical history, we ordered a routine lab panel as well as Quantiferon-TB Gold (in case we might need to consider introducing a tumor necrosis factor [TNF] inhibitor) and HLA-B27 testing. The TB test came back negative, but the HLA-B27 result was positive. We also suggested to Jessica’s mom that she take her daughter for an eye exam with slit lamp. Fortunately, there was no evidence of uveitis. Based on this evidence, we felt Jessica’s JIA subtype was more consistent with psoriatic JIA than our previous suspicion of oligoarticular disease.

JIA is typically classified into different subtypes, including a psoriatic subtype. At the time of diagnosis, some children with the psoriatic subtype may present with symptoms similar to adults, including dactylitis, psoriasis, and nail pitting. Joint distribution is often asymmetrical and involves both small and larger joints, which can differentiate the condition from other JIA subtypes such as oligoarticular or polyarticular disease.1,2 In some cases, such as Jessica’s, juvenile psoriatic arthritis can present with symptoms that seem to mimic other JIA subtypes, with bilateral joint involvement. 3

It is currently unclear whether the disease course of children with juvenile psoriatic arthritis differs significant from other JIA subtypes. Some studies have found that children with juvenile psoriatic arthritis have more progressive and persistent disease courses than other JIA subtypes, while other studies have found no differences.3

Distinguishing juvenile psoriatic arthritis from other JIA subtypes can have an important influence on treatment decisions. As an example, methotrexate— which is a common DMARD used to treat JIA—is not as effective in treating adults with PsA as it is in adults with RA.3 Additionally, some of the newer biologic DMARDs, including interleukin-17 inhibitors, have shown to be particularly efficacious in adults with PsA, although they are not currently approved for use in the pediatric population.

Now back to our story.

Following our comprehensive workup and conclusion that Jessica had juvenile psoriatic arthritis, we decided to start her on a combination of methotrexate and etanercept, along with her twice-daily NSAID. Six months later, there was no notable improvement in her disease activity, so we switched her to adalimumab while continuing the methotrexate. Unfortunately, Jessica went through a significant disease flare. We stopped the adalimumab and switched her to abatacept.

Three months later, I got the Monday morning phone call.

“We’re all just so tired and frustrated,” Jessica’s mother told me. “Isn’t there something that is going to make things better?”

Treatment availability for kids and teens can be particularly challenging. We see some options that seem to work in older patients, but can’t get access to them for our younger patients. And when families such as Jessica’s see a poor response to the medications we can utilize, it can be discouraging as our options seem to dwindle.

Jessica came in a few days after I heard from her mother and she indeed was in a flare, with swelling in her knee and ankle. Since she had only been on abatacept for 3 months, we wanted to give it a bit more time to potentially work, so we kept her on the biologic while also recommending a series of intra-articular joint injections. Fortunately, these quieted her active joints, and Jessica was able to get back into school and rejoin the basketball team. She’s determined, along with the support of her family and our team of providers, to push through, tackling each hurdle as it is put before her. I suspect this isn’t the last time I’ll be hearing from Jessica’s mother on a Monday morning, but hopefully we’ll be able to figure out the best answers together. 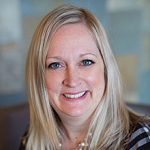 AUTHOR PROFILE: Carolyn Zic, MSN, FNP-BC works as a rheumatology nurse practitioner at Comer Children’s Hospital at the University of Chicago Medical Center, and is the treasurer for the Rheumatology Nurses Society Board of Directors.

Participants will receive 2.75 hours of continuing nursing contact hours, including 1.75 pharmacotherapeutic contact hours, by completing the education in our course: Rheumatology Nurse Practice: Doing the Most for Our Patients with Psoriatic Arthritis