It started with one pill a day, then two, and then four. That was followed by a series of injections. And on and on, still with little to no pain relief for my systemic lupus erythematosus (SLE). I had been seeing the same rheumatologist for a few years and trusted that she would eventually find the right combination of drugs to make the pain go away. Sadly, it wasn’t happening. More and more medications were added and then taken away, and yet nothing changed about the way I felt and how I struggled every day.

I finally had enough and sought a second opinion. This rheumatologist proposed something that seemed, at least to me, pretty radical.

“Let’s taper off of everything,” he said. “Then we’ll get a new baseline and go from there.”

My jaw dropped. Nonetheless, I followed his instructions and spent the next couple weeks weaning myself off of everything— which at the time consisted of prednisone, hydroxychloroquine, methotrexate, and an NSAID—while reeling in pain during the process.

“Is this really necessary?” I thought to myself.

And yet, it turns out that this new rheumatologist was on the right path. A new round of bloodwork changed my diagnosis from SLE to rheumatoid arthritis (RA). In the blink of an eye, I was a new patient all over again, and there was so much new information to process. Nonetheless, my new rheumatologist had what seemed like another radical proposal.

“Have you ever considered participation in a clinical trial?” he asked me. “So, you want me to be a lab rat?” I responded. “You want me to agree to potentially have a nonapproved medication in my body, and I’m supposed to be OK with that?”

To say I was hesitant is an understatement. I told him I would think about it. In the meantime, I was prescribed conventional DMARDs at higher doses plus naproxen for pain, which worked well initially but stopped doing so within a few months. About the time I started to regress, the clinical trial my rheumatologist spoke to me about earlier was ready to enroll its next batch of patients.

The trial was for an anti-TNF biologic called golimumab, which of course is now approved for the treatment of RA but at the time (this was in 2004-05) was in phase 3 testing. After much thought and additional conversations with my rheumatologist and his nurse, I decided to give the clinical trial a try.

Prior to enrollment in the trial, I had to wade through a mountain of paperwork. I read (almost) every line before signing the various forms that were needed. While I understood that there was a possibility I would get a placebo drug for the duration of the trial, I figured that it was a challenge I could stand up to if I meant I was helping future patients with RA.

At the start of trial, I went in weekly for mandated check-ins. At each appointment, there was a nurse and another rheumatologist (not my regular rheumatologist) in the room who administered my injectable medication after taking it from a locked box. The first time I saw the box I thought it had to be something super valuable if they went to all this trouble, only to later learn that this was a standard approach for clinical trials to make sure no one knows which drug the patient gets. Being able to participate in a clinical trial at my normal doctor’s office was a big help. I was comfortable in that environment, and the familiarity of seeing the same staff made it all the more worthwhile.

A few weeks after my first injection, I started noticing that things were changing for the better. I could walk farther. I wasn’t as stiff when I woke up every morning. I was sleeping so much better. I remember one particular appointment when the rheumatologist was checking my joints and range of motion, and the biggest smile came across my face as he was confirming how improved things were for me. Of course, because I was “blinded,” I was not absolutely certain I was receiving golimumab, but I was pretty sure I was—there was no way that a saline solution would have made me feel so much better!

For the entirety of the 12-month trial, I was appreciative of the fact that there was always an open line of communication with my doctors’ office. Any question I had was answered, and every message I left was returned. To be honest, I never wanted the trial to end because I was feeling so great. But, alas, it did, which meant it was time for a new phase for me and my RA.

The good thing about having an open line of communication with my providers during the clinical trial was that we were able to put together a game plan well in advance of its conclusion. This was the scariest moment for me. As with most clinical trials, the drug being tested was not approved for use by the U.S. Food and Drug Administration (FDA), so I knew I would have to switch onto something else. I was still relatively new to my diagnosis of RA and had already failed a first biologic, so I feared the worst would be back around the corner.

Fortunately, my rheumatologist assuaged my fears by telling me that they were several approved drugs with a similar mechanism of action to
the one used in my clinical trial. He suggested switching me to another anti-TNF, etanercept, to try to maintain the level of relief I had attained.

We were able to get insurance approval for this switch before my participation in the clinical trial ended, so the transition was reasonably seamless. Etanercept worked for a short time before I switched to infliximab. By the time that stopped working, golimumab was approved by the FDA and I was able to switch back onto that drug. It worked as well for me the second time around as it did during the trial and I remain on golimumab today.

I know that I was luckier than some with my clinical trial experience. The drug being tested worked for me, and it strengthened the bond I have with my current rheumatology team. It felt like we were all a part of the trial. Every step and detail of my participation in the trial was communicated thoroughly, and the fact that the transition to life after the trial was so easy has been great.

Whenever I tell other patients that I took part in a clinical trial, I am met with a variety of reactions, ranging from “Are you crazy?” to “How did you find out about it?” Doctors and nurses I meet thank me for agreeing to take part in clinical research. While I can’t promise that everyone’s experience will be as positive as mine, there were no downsides to participation in my particular clinical trial. I certainly hope that my current medication continues to work well for a long time and I won’t need to seek out another trial in the future, but I wouldn’t shy away from it either if it was the best option.

Being a part of a clinical trial, in a small way, is like being a part of history. I’m proud that I played a role in helping patients with RA. Healthcare providers shouldn’t shy away from talking to their patients about enrolling in a trial, especially patients who are struggling on the medications that are currently available. It’s a great way for patients to potentially help themselves while also helping the healthcare and broader community. 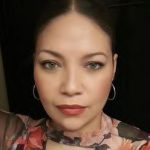 AUTHOR PROFILE: Chantelle Marcial is 39-year-old patient from Boston, MA with rheumatoid arthritis and chronic migraines. She works full-time as a relocation representative, volunteers as a patient care advocate, and serves on several patient advocacy boards.