The world loves sports analogies. It’s pretty easy to understand why. You step on the field/court/rink and, a certain amount of time later, you either win or lose (or, in some sports, tie/draw). It’s clean and precise—there are no grey areas.

Perhaps because I am such a big sports fan, I can’t help but sometimes think about my patients in the common win/lose/draw frame of mine as I review their history within our practice.

Patients with ankylosing spondylitis (AS)—and the providers who manage their care—face a host of challenges related to their diagnosis, treatment, and overall management. As with many patients with autoimmune diseases, the journey of patients with AS within our practices aren’t limited to one or two visits to fix a specific problem. We see many patients for years and years, frequently assessing their condition and modifying their treatment as needed.

Mr. L is a patient in our practice who was first diagnosed with AS about 20 years ago. He came from another rheumatology practice where he was initially prescribed escalating courses of NSAIDs. While these regimens were effective at managing his pain, his lab results remained consistently elevated. Methotrexate (MTX) was eventually added to Mr. L’s regimen, which was mildly effective at resolving his neck stiffness but still left him struggling to get through his day-to-day routine.

Two years later, Mr. L’s disease had worsened significantly. His neck stiffness, which had always been his primary complaint, had progressed to the point where he had trouble moving his neck at all. In addition, Mr. L developed a gastrointestinal (GI) bleed, which forced him to discontinue use of NSAIDs. Due to the severity of the GI bleed, Mr. L was placed on infliximab, a biologic that has shown some ability to stop GI bleeding in other inflammatory diseases.1

There again was mild improvement—Mr. L’s GI bleed healed and his neck stiffness improved, but his range of motion was still significantly impaired. He later told me that his previous rheumatologist hadn’t given him much hope—“it’s just part of the disease process”—which is what prompted him to switch to our practice. Mr. L told me that he never felt like his previous practice took the time to dig deeper into his symptoms, and they therefore continued to prescribe treatment that only scratched the surface of his issues. He admitted that he stuck with the practice longer than he probably should have, but he didn’t want to go through the hassle of finding a new provider. We hear that a lot.

“I encourage every healthcare professional, especially those of us in rheumatology, never to lose sight of our patients’ goals, remember why we do what we do, and who we are ultimately here to serve.”

Once Mr. L landed in our practice, we ordered a series of radiologic studies and labs to try and get to the root of his issues. We learned that his cervical spine was nearly completely fused. Our team was a bit shellshocked. Why hadn’t his previous practice ordered more frequent radiologic studies to gauge the progression of his disease? Why had they waited so long to change medications and/or modify dosages? We’ll likely never find out the answers to those two questions, but they both pointed us toward the bigger issue—what do we do now?

Mr. L’s current use of infliximab was a win/lose split—his GI issues had resolved and his neck stiffness indeed was better (a win), but the fusion in his cervical spine meant that he had to turn his torso at the waist to look from side to side (a loss). We see this so often in rheumatology. If patients either aren’t diagnosed quickly or are treated too conservatively for too long, the damage is already so significant by the time they land in our practice that it’s hard to reverse. For patients like Mr. L, I can’t help but wonder how his story might have been different if he has been treated more aggressively sooner, perhaps by giving him an intravenous or infusible biologic instead of keeping him on NSAIDs for so many years. Would that have prevented his neck fusion? It’s impossible to know.

I encourage every healthcare professional, especially those of us in rheumatology, never to lose sight of our patients’ goals, remember why we do what we do, and who we are ultimately here to serve (ie, our patients). Continue to listen, especially in these days of ups and downs with the COVID-19 pandemic, and be there when we’re needed as a sympathetic ear. So many of our patients have issues that are neither black nor white but various shades of grey. Only by going beyond scratching the surface with our questions can we get those sought-after wins instead of irreversible losses. 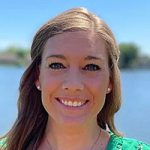